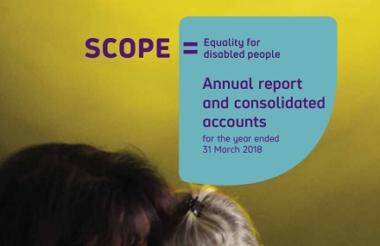 Scope made a £14m profit on the disposal of its London headquarters and other properties last year, according to recently filed documents.

The charity moved from its former North London offices to a smaller site at the Here East campus in Stratford last May, which it rents.

Scope’s annual report and accounts for the year until March 2018 also reveal that the social care provider Salutem paid the charity £23m to take over its services, although this money was transferred after the 2017/18 financial year end.

The charity transferred two-thirds of its staff to Salutem, a process which was again completed after the financial year end.

The report says that 79 per cent of Scope’s staff are women and the charity has an 11 per cent gender pay gap, which it says “demonstrates the need to take prompt and robust action”.

The report shows that the fall can largely be attributed to a £5m drop in the fees paid to the charity for its services, although this is tempered by a £2.5m increase in income from property sales.

Scope’s fundraising income fell by £0.9m to £19.3m, which the report says was due to “a significant decline in donor numbers taken forward from 2016/17”, although this was offset by reduced expenditure.

Overall, the charity’s expenditure decreased from £90.7m to £85.5m largely due to a £6m fall in money spent on residential care services for disabled adults.

Andrew McDonald, Scope’s chair, said in the introduction to the report that 2017/18 was a “transformational year” for the charity.

He said: “I am delighted that we successfully transferred more than 1,000 customers and the majority of our staff teams to Salutem Healthcare, and am thankful for the huge commitment of our leadership, who steadfastly supported our stakeholders and maintained service quality throughout.

“In May 2018, we moved into a new, smaller, head office in Stratford. I am proud that our new workspace both practically and culturally embodies our values and ambition for fully accessible workplaces and a culture of well-being. It sets an example for others to follow.”

He said that since the transferral of its care services, the charity has already delivering new services that have already supported more than 1,000 disabled people and their families. 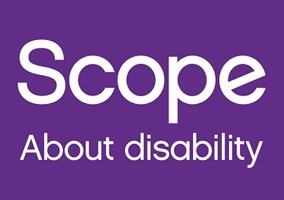