Richard Taylor, chair of the Institute of Fundraising, told the IoF convention yesterday that the best way to “protect and grow” fundraising is to ensure that the IoF “retains responsibility for setting the code”. 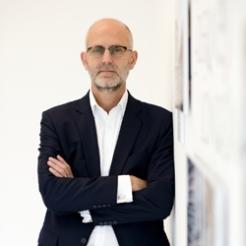 Richard Taylor, chair of the Institute of Fundraising, told the IoF convention yesterday that the best way to “protect and grow” fundraising is to ensure that the IoF “retains responsibility for setting the code”.

Speaking at the IoF’s National Convention in London yesterday, Taylor (pictured) said that while there will always be different opinions in the sector about what constitutes best practice, it was imperative that the IoF continues to set the Code of Fundraising Practice.

Taylor's comments follow suggestions from Sir Stuart Etherington, chief executive of NCVO, that the code could be taken away from the IoF and set by an independent body.

“I can’t reconcile all of the differences of opinion that exist in this room. We don’t necessarily all agree on what excellent fundraising looks like. Our job is to protect and grow the sector. I believe that the best way to do is by ensuring that we, the IoF, retain responsibility for setting the code.

“The code sits at the heart of self-regulation. The code has been and continues to be my priority, the priority of the IoF and, my God, it’s been a challenge. I’m not here to justify or defend all fundraising practice and we will take a hard-line on members who knowingly breach the code or, indeed, the law”.

Fundraising good practice hinges on adherence to the code, said Taylor and when charities do raise funds ethically they do “incredible work”. Taylor said that in the year 2013/14, IoF member organisations raised over £8.3bn, while voluntary income for the whole sector topped £12bn.

“This makes me incredibly proud of the Institute and indeed of the whole sector,” he said.

Taylor said that fundraisers should focus more on the good work that they do and criticised the media’s implication that the sector was in some way to blame for the death of Olive Cooke. He said that the fundraising sector’s “wonderful work” has come under attack since the death of Olive Cooke and that he makes “no apologies for our fundraising”, so long as it is done in the right way.

“I believe we should focus on the positive work that we do and I make no apologies for our fundraising, provided we respect the donor and treat them as we wish to be treated.

“This story [Olive Cooke] should never have been reported in the way that it has. It’s been disrespectful, destructive and we all know that our profession was not responsible for her tragic death”.

He did however say that the story had undoubtedly caused some to “question the standards” set by the IoF.

“No doubt these exposes have led some of you to question the aptness of some of our fundraising practices. It might have lead you to question the standards that we, the IoF, have set. We must improve our practices and review our codes and, most importantly of all, we must strengthen our compliance”.

He said that a critical story accusing fundraising agency GoGen of breaching Telephone Preference Service rules, which appears in the Daily Mail today, will give “added context” to his decision last week to stay on “in the short term” with Cancer Research UK and not join consumer charity Which?.