The Reclaim Fund set up by the Co-operative to administer dormant accounts money, expects to release up to £100m to the Big Lottery Fund this year to fund the Big Society Bank. 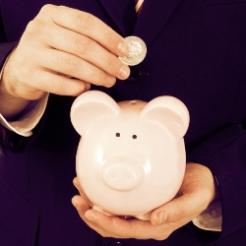 The Reclaim Fund set up by the Co-operative to administer dormant accounts money, expects to release up to £100m to the Big Lottery Fund this year to fund the Big Society Bank.

The Reclaim Fund, which will be a non-profit body and was given FSA authorisation this week, will be a subsidiary of the Co-operative Financial Services. It will ensure that there is sufficient money in the Fund to give back customers money from their dormant balances if they eventually come forward.

Any money considered surplus to that needed for customer reunification will be transferred to the Big Lottery Fund, which plans to fund the Big Society Bank to support good causes in England.

Paul Mills, executive director of the Reclaim Fund, said: “Our aims are very clear. While we will give as much money as possible to Big Lottery Fund for good causes, we will also be prudent in keeping back enough for customers who come forward to claim accounts they had forgotten about.”

Based on the current industry view that the amount of money that the Reclaim Fund will receive is around £400m, it is estimated that the first distribution to Big Lottery Fund will be in the region of £60-£100m and will be transferred in phases over the next 12 months.

The government is still working on securing state aid approval from the European Commission to enable it to set up the Big Society Bank.

Nick Hurd, minister for civil society, has said that the government is working with the Big Lottery Fund on interim arrangements that will enable investments to be made as soon as dormant accounts start to flow through, using existing state aid exemptions.

Along with the expected £100m, the Big Society Bank will receive £200m, on commercial terms, from high-street banks.