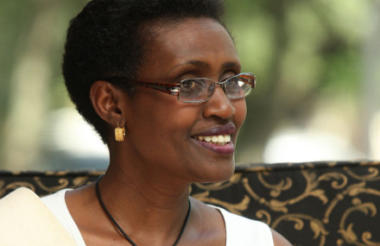 UNAIDS unites 11 UN organisations to combat HIV and Aids. It aims to end the Aids epidemic by 2030.

Byanyima said: “I am honoured to be joining UNAIDS as the executive director at such a critical time in the response to HIV.”

“The end of Aids as a public health threat by 2030 is a goal that is within the world’s reach, but I do not underestimate the scale of the challenge ahead. Working with all its partners, UNAIDS must continue to speak up for the people left behind and champion human rights as the only way to end the epidemic,” she added.

Byanyima has been the executive director of Oxfam International since 2013. Prior to that, she served for seven years as the director of gender and development at the UN's development programme.

In 2004, she became the director of women and development at the African Union Commission, working on the protocol on the rights of women in Africa, an international human rights instrument that became an important tool for reducing the disproportionate effect of HIV on the lives of women in Africa.

Dr Henrietta Campbell, chair of Oxfam's board of supervisors, said: “On behalf of the Oxfam International Secretariat and our global confederation, I thank our international executive director Winnie Byanyima for her leadership, energy and commitment to our mission in tackling poverty and inequality.

“Whilst it is with much regret to us that Winnie is leaving Oxfam, we wish her every success in this new and highly prestigious role as UNAIDS executive director.”

The board of supervisors has launched a recruitment process for the next International executive director.

Byanyima takes over from Gunilla Carlsson, currently acting executive director of UNAIDS. Carlsson was appointed to the position in May, following the resignation of Michel Sidibé.

Sidibé stepped down after he was accused of creating "a patriarchal culture tolerating harassment and abuse of authority". 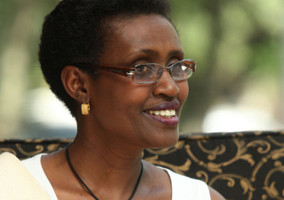