Over 10,000 charities miss deadline to file with regulator 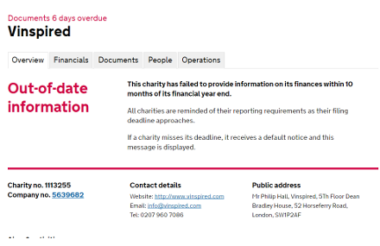 More than 10,000 charities missed last week’s deadline to file their annual accounts or annual return with the Commission.

Charities with financial years ending on 31 March - the majority of the sector - needed to file their accounts and annual return with the commission by 31 January. Some 10,818 missed the deadline, including around 149 in the £1m or more income bracket.

Youth charity vInspired, which in previous years has received funding from the Office for Civil Society to deliver National Citizen Service, is among those to have not filed.

A spokeswoman said: “We are aware of this and will be filing in due course.”

The Social Investment Business Foundation, which is chaired by former Labour MP Hazel Blears, also missed the deadline, but did file on time with Companies House.

A spokesman said: “It appears the accounts weren’t filed due to a technical mix-up. We’re not aware of receiving any reminders of this and have now filed the accounts to the Charity Commission website.”

The commission says that it reminds all organisations as their deadline approaches and charities with incomes of more than £1m get two reminders. All charities that are late filing receive default notices.

Other late filers include the Bre Trust, a £40m-a-year charity which owns the Building Research Establishment, and the London Early Years Foundation. LEYF has filed with Companies House, which shows it had an income of £14.8m for the year.

A number of charities which are in the process of closing, such as 4Children, also appear in the list.

Editor's note: this story has been updated after receiving the latest statistics from the Charity Commission 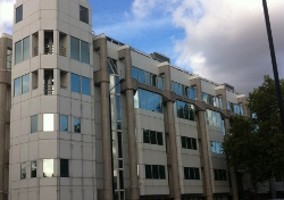 ‘Holidays and staff sickness’ offered as reasons for late filing

One in 11 charities late filing financial documents with Charity Commission