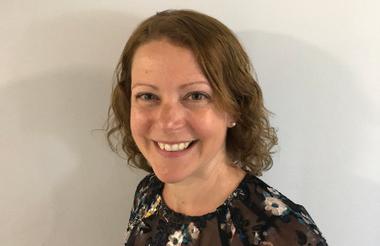 Domestic abuse charity Refuge has resigned its organisational membership of the Chartered Institute of Fundraising (CIoF) due to dissatisfaction with the body’s handling of sexual harassment allegations and its decision to hold an event in-person only.

Ruth Davison, Refuge’s chief executive (pictured), said in a statement last week that she’d resigned as a fellow of the CIoF and that it would be “entirely incompatible” with the charity’s values to remain a member of the body, which she said is “not taking action to ensure it keeps women safe”.

Davison’s statement came a day after Beth Upton, a fundraising consultant whose complaint to the CIoF is being investigated, also resigned her fellowship and announced she would let her membership expire, saying the body’s “values are so far from my own that I cannot align with you any longer”.

Upton and Davison both criticised CIoF’s decision to hold its upcoming fundraising convention in-person only, which they said made the event less inclusive.

The CIoF said it was “sad when respected colleagues step away” but argued that it had improved its safeguarding processes over the past year and made its training more inclusive.

Refuge declined all invitations to speak at CIoF’s events over the past 18 months, after allegations of mishandling of sexual harassment complaints by the body’s staff came to light.

Davison said she had remained a fellow and Refuge a member until this point because she planned to “work with others to address both the serious concerns I had about the institute's culture; as well as the handling of complaints they received”.

But Davison said: “I have found this to be fruitless as – even under new leadership - there appears to be no organisational desire to meaningfully change.”

“Last year, serious allegations were made by women who had experienced and witnessed sexual assault and harassment inside the institute,” she said.

“These complaints were appallingly mishandled, with complainants being gaslit, ignored and further harmed. Their personal wellbeing and professional development have both been impacted. Refuge stands in solidarity with the women who have been failed by the institute.”

At the beginning of last year, Upton complained that her sexual harassment allegations against fundraising practitioners including CIoF staff has not been properly handled by the body.

CIoF appointed HR consultancy Tell Jane to investigate its handling of sexual harassment complaints and reported in June 2021 that a confidential report had cleared its former chief executive Peter Lewis of any wrongdoing.

Upton criticised the Tell Jane investigation but unlike some in the fundraising sector she did not resign her fellowship at that point.

Speaking to Civil Society News, Upton said she was initially encouraged by CIoF’s new chief executive Katie Docherty, who began in October, saying she “looked forward to connecting and listening to members”.

But Upton said the CIoF’s decision to hold next month's fundraising convention in-person only despite offers to offer it as a hybrid event was a “huge let down”.

“There is a huge question mark as to whether the CIoF is taking this situation seriously enough and can be trusted with people's safety,” she said.

“It just feels like an organisation that doesn't care about its members and I just can't be part of that.”

Upton said being able to attend an event online prevented the “physical nature of sexual harassment”, although she said “opportunities for online stalking and abusive behaviour” would remain.

In her open letter to Docherty published last week, Upton said: “You promised a new approach. You led me to believe that you would be transparent, open and communicative. Yet all that anyone sees from CIoF is defensiveness or silence in the face of challenge and the sales of high-price ticket items.”

Meanwhile, Davison said in her statement: “We are also particularly sad to see the institute failing to make its training and development offers available on an inclusive basis that could allow a far wider and more diverse group of fundraisers, as well as those who no longer feel safe to attend events in person, to benefit from training and development.”

Sector events platform Fundraising Everywhere & Everywhere+ announced in February that it would offer its platform to the CIoF for free to enable it to host the convention virtually but last week it withdrew its offer due to the CIoF’s “inability to collaborate with us in a way that we feel is fair”.

CIoF: ‘We have improved safeguarding training’

In response to Refuge’s announcement, Katie Docherty, chief executive of the Chartered Institute of Fundraising, said: "Our members and volunteers are the lifeblood of our charity, which is why it is particularly sad when respected colleagues step away.

“We wholeheartedly agree that fundraisers need to learn in the most safe and inclusive environment. This is why we have, over the last 12 months, introduced a significant range of measures to do this including mandatory safeguarding training for all staff and volunteers, and a code of behaviours that all event attendees must agree to.

“Our academy training is now delivered all online and we look forward to a hosting a range of in-person and virtual events throughout the coming year, ensuring that we will train and support more professional fundraisers this year than ever before.”