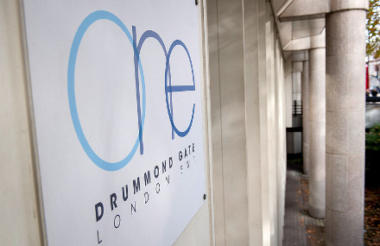 The Department for Culture Media and Sport has announced the three new board members for the Charity Commission.

All three took up their posts this month and have been appointed on a three-year term.

NCVO said it hopes the new board members will act in a politically neutral way. Acevo and the Directory of Social Change expressed concerns about the process.

William Shawcross, chair of the Charity Commission, said: “They each bring with them a wealth of experience from which we will benefit greatly. I look forward to working with them in the coming months as we continue to strengthen the Commission and develop our work further.”

“Our hope is that they will contribute to the Commission’s operational improvement programme, while ensuring that it acts in an independent and politically neutral manner.”

Acevo's interim chief executive Asheem Singh said he remains “concerned at the lack of transparency and the inadequate process that has resulted in their appointments.

“Not only are these appointments two and a half months late, the process of appointment was opaque and undemocratic. Not a single board member has the deep and cross-cutting experience of charity governance and regulation experienced by those on the front line. This can only fuel existing concerns about the Commission’s lack of gravitas and knowledge of the sector it is mandated to regulate.

“It is no fault of the individuals in question that the Charity Commission’s governance and system of appointments is broken. If government is to reset the relationship with the voluntary sector and work as partners in helping build a better Britain it should begin the process of fixing this broken system. Our sector’s leaders are ready to work with government and the commission to achieve that end”.

"It’s also ironic, given that part of the guidelines for trustee boards is to include beneficiary representation but the Commission doesn’t do that itself. However the new board members seem like talented people and at least they do have trustee experience.

"This is an opportunity to move the board into a more strategic space. The Commission has made a series of regulatory mistakes recently because board members have not deferred to staff expertise and have been overly involved in operational matters. What charity trustees urgently need is for the Commission’s board to support and celebrate them."

More about the new board members

Laurie Benson is the CEO of Upnexxt Ltd, a media consultancy firm. Her previous roles include publishing director of Europe, Middle East and Africa for both Time Magazine and Time.com and Bloomberg Media. Laurie is a trustee of the Royal Air Force Museum and a non-executive director of The Medical Algorithms Company. She is also a regular industry speaker on topics of digital transformation.

Paul Martin is an adviser and writer on security, risk and behaviour. He has previously served as director of security for Parliament and in the UK national security arena. Paul is a senior associate fellow at RUSI (Royal United Services Institute for Defence and Security Studies) and a distinguished research fellow at Imperial College London. He is also the author or co-author of several books on behavioural science.

Catherine Quinn is chief operating officer and associate dean at Oxford University’s Saïd Business School. Her previous roles include chief executive of The Middle Temple, head of grants management at the Wellcome Trust, and director of research services at the University of Oxford. Catherine has been a member of several boards and is currently a trustee of The Royal British Legion and a non-executive director of the National Memorial Arboretum. 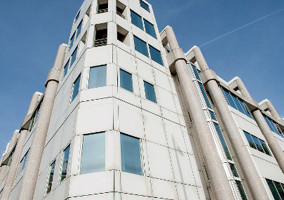 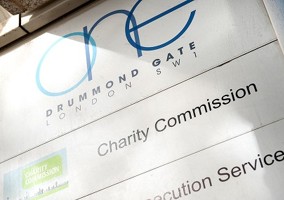 Who is really in charge at the Charity Commission?