The terms of reference for an independent charity tax commission set up by NCVO have been published and the final commissioner is confirmed.

Sir Nicholas Montagu, former to chair of the Inland Revenue, was announced as the chair of the commission to review the charity tax system in November along with most of his fellow commissioners.

Eleanor Wolfson has now been confirmed as the final commissioner. She is currently an adviser to the Bill and Melinda Gates Foundation and was previously on to George Osborne's council of economic advisers  and was special adviser to the deputy chief of staff at the Treasury from 2010 to 2016. Wolfson is also the daughter of outgoing Charity Commission chair, William Shawcross.

The terms of reference state that over 18 months the commission will seek to answer four questions, which are:

It will produce a final report by spring 2019.

There will be a public call for evidence next year and the commission will hold public hearing sessions around the country.

Reference and advisory groups to be appointed

NCVO also said that two groups of experts would be appointed to support the commission’s work.

A “reference” group of 10 to 15 people with an interest in charity issues and an “advisory group” of people with expertise in tax issues will be set up.

“This will ensure that the Commission’s work is informed on a continuing basis by a wide range of relevant interests and expert opinion,” the commission’s webpage said. 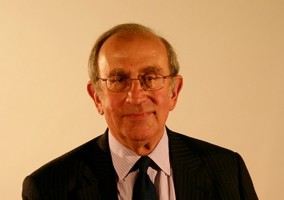