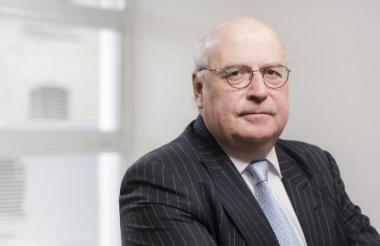 NCVO's chief executive has welcomed the news of Stowell's imminent confirmation as chair of the Charity Commission, but many umbrella bodies, sector representatives and the shadow charities minister have criticised the decision.

The National Council for Voluntary Organisations has said it looks forward to working with Stowell, but Vicky Browning chief executive of Acevo has reiterated the umbrella body’s concerns about her appointment and many in the charity sector tweeted their concerns. Shadow minister for civil society, Steve Reed, has also called Stowell’s appointment “flawed”.

The reactions have come following the news that the Department for Digital, Culture, Media and Sport committee chair Damian Collins wrote to DCMS secretary Matt Hancock yesterday saying the committee had “unanimously” decided it could not support Baroness Stowell’s appointment as the new chair of the Charity Commission, following her pre-selection hearing.

Despite this, Hancock has today said that Stowell will be a “brilliant chair of the Charity Commission” and gave her his backing.

Stowell is a Conservative peer and was the Leader of the House until 2016. She has said that if appointed to the role, she would resign from the party and continue to sit in the Lords as an independent peer.

The full story on Stowell’s pre-selection committee hearing yesterday can be read here.

Sir Stuart Etherington, chief executive of NCVO, has said he is “looking forward to working with Baroness Stowell” and said she will bring “fresh ideas to the role”.

“I am looking forward to working with Baroness Stowell. I think she will bring fresh ideas to the role, and her emphasis on the importance of working in partnership with the sector at her pre-appointment hearing yesterday was welcome.

“While I believe that on this occasion we have ended up with a good appointee, there are evidently still significant problems with the appointment process for this role. We have previously raised this matter and continue to believe improvements should be made.

“The Commission and the sector have a number of tough challenges ahead and we should all now be thinking about how we work together to tackle them.”

However, NCVO has been almost alone in welcoming the appointment. Acevo chief executive Vicky Browning said her organisation remained concerned about Stowell’s “political neutrality and the transparency of the appointment process”. Acevo and others wrote to the DCMS committee voicing their concerns.

Browning said: “Baroness Stowell has a history of dedicated public service. However, Acevo has specific concerns regarding her perceived political neutrality and the transparency of the appointment process.

“These concerns are shared by many in the sector, including my counterparts at DSC, Bond, Navca, and CFG with whom I wrote to the committee to seek information and assurance. I am reassured that in reviewing the appointment of the preferred candidate for the Charity Commission chair the DCMS Committee took into consideration our concerns. I would like to thank Paul Farrelly MP who raised a question from our letter directly with Baroness Stowell thus enabling the voices of charities to be heard from directly.”

“The government must listen to Parliament and halt this flawed appointment. The Charity Commission needs a chair who is independent enough to stand up to government and strong enough to help charities with the challenges they face.

“Now more than ever the sector needs a regulator the public can have confidence in. The government must start again and find someone who’s up to the job instead of in the Prime Minister’s pocket.”

Andrew O’Brien, director of policy and engagement at Charity Finance Group, said it was “very concerning” that Hancock was ignoring the unanimous decision of the DCMS committee.

“It is good that the DCMS Committee has taken the points raised by the sector seriously and have scrutinised this appointment carefully. But it is very concerning secretary of state is tempted to ignore the unanimous decision of the committee.

“At a time when the Charity Commission is under intense public scrutiny, it needs to have the confidence of Parliament to meet the challenges it faces. The government must not make this appointment into a test of its resolve, but consider the best interests of the charity sector.”

Many in the sector have also taken to Twitter to voice concerns over the appointment and even to express outrage that the DCMS have seemingly ignored concerns raised by its own committee over Stowell.

Andrew Hind, the former chief executive of the Charity Commission and executive editor of Civil Society Media, has called on Stowell personally to withdraw her candidacy for the role.

.@CommonsCMS unanimous decision is impeccably argued. Restores faith in merit-based, politically neutral public appointments. @tinastowell please do not damage @ChtyCommission credibility by proceeding with your candidacy. You have much to offer in other ways https://t.co/ueVf0GMqlB

Jane Ide, chief executive of Navca, Tweeted that her organisation would be co-signing a new Acevo letter expressing its concern and disappointment with DCMS.

We’ll be signatories to this. Too many issues raised for the @DCMS position to go unchallenged. @NAVCA https://t.co/9ykYyBk80u 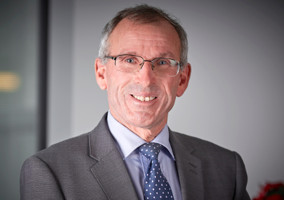