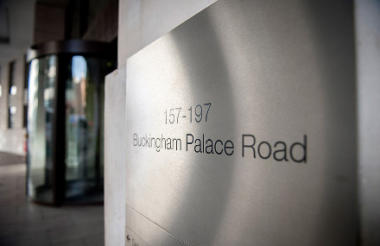 The National Audit Office (NAO) will look at how well the government spent the £750m allocated to support the charity sector during the pandemic.

The NAO, which is responsible for monitoring government spending, is carrying out a wider programme of work into how well ministers responded to the pandemic. As part of this it will look at how quickly funding was distributed to charities.

The NAO says: “On 8 April, HM Treasury announced £750m of funding support to help frontline charities continue to operate during the coronavirus outbreak. On 20 May, the Department for Digital, Culture, Media & Sport and the Office for Civil Society announced that they were working across government to direct funds to voluntary, community and social enterprise organisations supporting government’s coronavirus response through activities delivering charitable purposes. The Department stressed the urgency to distribute funds quickly and prioritise those charities most in need.

“This report will set out the Department’s objectives and the extent to which it is meeting these. It will also set out how the Department has distributed this funding and worked with other government departments and public bodies to do so.”

The NAO anticipates publishing the report next spring.

Over the past few months, charities have expressed concern about delays in distributing the funding, first announced at the beginning of April.

Not all funding has yet been distributed, although the vast majority has been allocated, and funders charged with allocating parts of the package have a deadline of 31 March 2020 to distribute funds.

When Covid-19 crisis hit many charities saw immediate and lasting drops to their income as fundraising events were cancelled and charities shops closed.

The £750m package came after weeks of lobbying from the sector, and was lower than the amount experts had said was needed.

Economists project that the sector faces a £10bn funding gap and that up to 60,000 charity jobs will be lost due to the financial impact.

Many emergency coronavirus funds for charities set up by trusts and foundations have reported being significantly oversubscribed for the available funding.