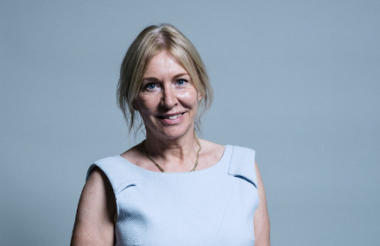 Nadine Dorries is the new secretary of state for digital, culture, media and sport after Oliver Dowden was made Conservative Party chairman in yesterday’s reshuffle.

Boris Johnson, prime minister, made a number of changes to his top team yesterday, which also saw Gavin Williamson sacked as education secretary and Dominic Raab moved from the Foreign Office.

The reshuffle of junior roles, which may affect the minister for civil society, Baroness Barran, is expected to continue today.

Who is the new culture secretary?

The Office for Civil Society is part of the Department for Digital, Culture, Media and Sport, which means the culture secretary is responsible for appointing the next chair of the Charity Commission.

Dorries will also oversee charity policy, including the passage of the Charities Bill and Dormant Assets Bill through parliament.

Until yesterday, Dorries had been minister for mental health, suicide prevention and patient safety – a role which saw her engage regularly with health charities.

She has been an MP since 2005 and has a background in nursing.

In 2012, she took part in the ITV show I’m a Celebrity Get Me Out of Here. She was suspended from the Conservative Party and said she gave her MP’s salary for the time she missed to children’s charities.

Over the years she has made public statements in support of various charities, but she has also been critical of others.

Earlier this year she took part in the Captain Tom Foundation challenge by planting seeds in her garden.

Last week she shared a Daily Mail article which criticised the Churchill Fellowship’s recent rebrand with a facepalm emoji.

In March 2020, at the beginning of the pandemic, a Twitter user asked her to help with funding for local hospices. She responded: “I couldn’t have managed without hospice services last year. They are closer to my heart than any charity and always will be so. I will do my best.”

Mencap rebuked Dorries in 2017 for using a offensive language in a tweet, which she since deleted. She defended her actions and replied to the charity: “I don't think you needed to tweet this.”

Speaking about charities in Parliament

Since she became a minister Dorries has often spoken about the role mental health charities play.

Previously she has tried to lower the abortion term limit and require more counselling before a termination can be carried out.

As part of these efforts she has criticised the delay in financial accounts for Marie Stopes and BPAS being available.

Sarah Vibert, interim chief executive of NCVO, said: “Charities have a huge role to play in the nation’s recovery from the pandemic, and in the government’s levelling up agenda. DCMS will be crucial to making the case across government for the role of civil society, and we look forward to working with the new secretary of state to strengthen the work of charities and volunteers.”

Vicky Browning, chief executive of ACEVO, tweeted: “We've seen during Covid the vital role of the social sector in supporting communities in the toughest of circumstances. It's been a difficult time, with further challenges ahead. I look forward to working with @NadineDorries @DCMS to support the people & causes our sector serves.”

Caron Bradshaw, chief executive of the Charity Finance Group, tweeted: “Welcome  @NadineDorries to your new role. @CFGtweets, as always, stand ready with partners across the sector to help you & the team meet needs of the people we collectively serve.”