Most charities say they are spending less on frontline services 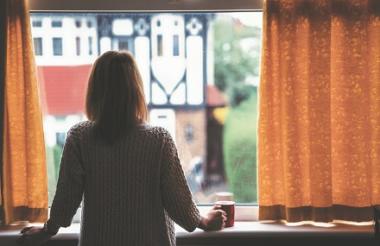 More than half of charities, 54%, say spending on frontline services has fallen in the past month, according to a recent survey.

For the second consecutive month, ACEVO, working with researchers at the Centre for Mental Health, has conducted a survey to find out how charities across England and Wales have seen their finances change. The survey data was collected between 28 May and 3 June 2020 and findings relate to the previous four weeks.

A total of 124 charities responded to the Charity Health Check tracker, which addresses five key markers of financial health.

The number of charities that reported lower spending on frontline services increased from 30% in the initial survey to 54% in this latest one.

New business and donations were worse for 40% of respondents, 36% reported worse cash flow, and 90% said their reserves were the same or worse.

This could mean that charities were initially relying on reserves to maintain frontline services but that they have now had to reduce their activity.

'The government needs to act urgently to increase funding to charities'

Kristiana Wrixon, head of policy at ACEVO, said: “In April the chancellor announced emergency funding for charities to support the relief effort, but much of it is yet to reach charities. This money was always too little, and it is now also too late to stop charities from being forced to scale back frontline services at a time when they are never more needed.

“The government needs to act urgently to increase funding to charities and civil society groups in order to reduce the risk of further harm being caused to people and communities that have been hardest hit by the pandemic.”

Based on these indicators, ACEVO calculated a composite score for the sector's health in May. This was 42.8 out of a maximum 100, which, according to ACEVO, shows that on average, conditions are deteriorating for charities.

A score of 50 means no change and 100 means every area has improved. May's score is higher than April’s score of 30.8, suggesting that conditions are still worsening, but at a slower rate.

The number of full-time equivalent staff employed by charities has remained the same for 79% of organisations.

All respondents were members of ACEVO and registered charities headquartered in England or Wales.