Most charities are expecting coronavirus to have a negative impact on their income but smaller charities are most likely to fear large falls, according to a survey from Pro Bono Economics.

Pro Bono Economics is conducting a weekly tracker to find out how Covid-19 is affecting charities.

This week 90% said they expected Covid-19 to have a negative impact on their ability to meet their charity objectives over the next six months. Nearly half, 47%, said that they expected it to be a “large” negative. Nonetheless, 7% said they thought it would have a positive impact.

That is, 40% said they thought their income would be down on their plans by more than 50%, and 18% thought the drop would be greater than 75%. Among larger charities, the corresponding figures stood at 22% and 6%.

There was a small difference by size in charities’ perception of the impact Covid-19 would have on their ability to meet their objectives over the coming six months. Indeed, small charities were slightly less likely (at 86%) to predict a negative impact than larger charities.

Small charities were more likely than larger organisations to cite the impact of social distancing on their ability to deliver services as being the single biggest challenge they are facing, with 51% compared with 43%.

Conversely, they were less likely than larger charities to point to fundraising as the single biggest issue facing them, with 23% compared with 30%.

Matt Whittaker, chief executive of Pro Bono Economics, said: “The chancellor warned this week that the UK’s post-Covid economic recovery was likely to lack any 'bounce', and our survey findings point to a similar sentiment across charities.

“95% say they expect to suffer lower income over the next six months than they had planned for pre-crisis, and 10% think it is 'likely' that the crisis will bring their operations to a complete halt.”

He added: “Smaller charities appear to be especially vulnerable, with 40% saying they expect their income to fall by more than half over the next six months relative to their pre-crisis expectations. Worryingly, 12% say they think it likely that they will cease to operate.

“The opening of applications for support through the new Coronavirus Community Support Fund from today is therefore hugely welcome, though many charities tell us they fear being overlooked.”

Although just under one-fifth pointed to the pandemic's effect on their ability to plan ahead as the single biggest challenge, nearly all (96%) of the respondents said they’d taken some form of action in response to the financial challenges raised by the crisis.

The most cited response was the use of the government’s Job Retention Scheme, with two-thirds stating they had used the furlough scheme.

Charities also said they had reduced their activity and sought funder flexibility on their spending plans, project delivery and reporting requirements.

Two in five, 42%, said they had drawn down on their financial reserves. A significant minority of one in ten said they thought it was “likely” that they would cease operating – with 2% saying it was “very” likely. 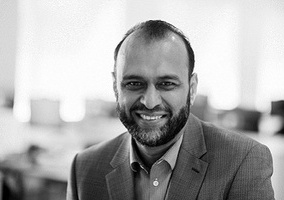 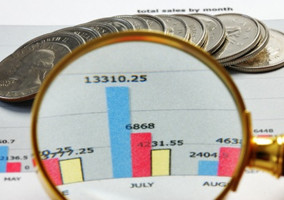