The Labour Party has promised to repeal the controversial Lobbying Act if it wins the next election and will consult charities before introducing a replacement. 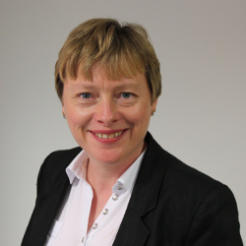 The Labour Party has promised to repeal the controversial Lobbying Act if it wins the next election and will consult charities before introducing a replacement.

Angela Eagle, Labour’s shadow Leader of the Commons, said last night that the party would replace the Lobbying Act with a universal register of professional lobbyists backed by a code of conduct and sanctions.

She said: “The Tory-led government’s gagging law is an illiberal attack on our democracy. It was cooked up in a shabby deal between David Cameron and Nick Clegg. It lets vested interests off the hook, and it gags charities and grassroots campaigners who want to hold the government to account for their broken promises at the next election."

The announcement was welcomed by Acevo, which was vocal in campaigning against the legislation, and had written to Labour urging the party to repeal the Act.

Asheem Singh, director of policy at Acevo, said: “The Lobbying Act by any definition is bad law and seriously risks killing legitimate democratic debate before a general election.”

He added: “Acevo’s campaign against the Lobbying Act will continue as long as this piece of legislation is in place. This latest development is the latest in a long and arduous campaign, which does not end here. We now urge other political parties to acknowledge the mistake this Act represents and commit to repeal this bad law too.”

NCVO: ‘devil will be in the detail’

Elizabeth Chamberlain, policy manager at NCVO, said the announcement was “encouraging” but warned that: "The devil will be in the detail. Devising laws that protect legitimate campaigning while guarding against undue influence is a delicate balancing act.”

She added that: “The promise to consult charities and other voluntary organisations thoroughly is very welcome. A proper consultation before the lobbying bill was published could have pre-empted many of the problems that arose.”

The government has already committed to a review of the Act after the 2015 election and Chamberlain said: “This must be a thorough review that takes evidence from the organisations affected, and I hope all parties will then take its outcome and recommendations seriously. We need to arrive at a sensible and proportionate regulatory regime for non-party campaigning that also guarantees transparency in elections."