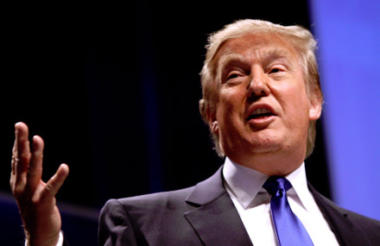 A broad range of UK charities have seen an increase in giving following the election of Donald Trump as President, with refugee charities saying this is down to his immigration policy.

JustGiving has seen a 51 per cent increase in donations to human rights, LGBTQ, Islamic, refugee and female causes in the 12 weeks since Donald Trump was elected President of the United States compared to the year before.

A spokeswoman for the digital giving platform told Civil Society News that £1.5m had been donated to various human rights, LGBTQ, Islamic, refugee and female charities through JustGiving channels since 8 November 2016, when Donald Trump was announced as the President of the US.

The spokeswoman said this represented a 51 per cent increase in donations to these causes, compared to the same data taken from the same period in the previous year.

She said that donations to Islamic charities through JustGiving saw the biggest increase, up 85 per cent; followed by human rights causes which had seen a 32 per cent increase in the same 12 week period.

While JustGiving couldn’t be entirely sure how much of this increase was down to “natural growth” across its channels, the spokeswoman said that JustGiving was confident that Trump’s election to the presidency had spurred on a spike in donations to the various causes.

Wayne Murray, head of fundraising and brand at Refugee Action, also told Civil Society News that his organisation had seen a “significant increase” in donations, particularly since President Trump enacted an executive order bringing a temporary halt to all immigration to the United States, and indefinitely banning immigration from seven, predominantly Muslim countries last week.

“We’ve seen a significant increase in unsolicited donations from people who have never supported Refugee Action before,” said Murray. “We’ve seen in the response to a recent email to supporters that this issue is mobilising them to give and take campaigning actions.

“Many messages of support with recent donations say their reason for giving was to show support for refugees in light of Trump’s actions.”

Refugee Action did not provide an exact figure in terms of donations at the time of publication.

A spokeswoman for the British Refugee Council also said that it had seen “a spike in donations since the refugee ban was introduced” and provided anecdotal evidence of “several gifts of £500, and some people have commented to say they’re specifically donating in response to the ban”.

A number of international aid charities based in the UK have also been quick to condemn a number of Trump’s executive orders, including the ‘travel ban’.

Tom Viita, head of advocacy at Christian Aid, said that Trump would do well to “read his Bible before enacting discriminatory policies”, and spoke out against favouring specific religious minorities over others.

Kate Allen, director of Amnesty International UK, said the travel band was “shocking and appalling”, and called on the UK Government to “do everything in its power to change this policy and to oppose it”.

While some charities in the UK have experienced spikes in donations since President Trump took office, charitable giving to various rights groups in the United States have seen huge increases.

The American Civil Liberties Union (ACLU) announced last week that it had raised over $24m (£18.9m) in just 48-hours, after Trump’s travel ban was enacted.

Planned Parenthood, a reproductive health charity based in the United States, have also reported a surge in donations since the election of Trump, and his vice-president and noted ‘pro-life’ campaigner, Mike Pence.

The organisation received over 120,000 individual donations in the wake of the election, with a further spike since Trump signed an executive order banning the use of federal money going to international NGOs that perform, or provide information, about abortions.

Fundraising campaign to help Archers character raises over £100,000 for Refuge 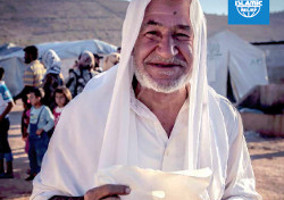 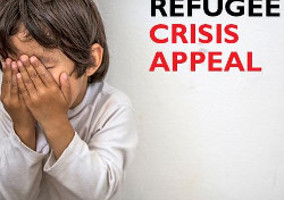