Hot off the heels of Virgin Money Giving's announcement that it had reached £100m in donations yesterday, competing online sponsorship platform JustGiving has announced it has facilitated £1bn of charitable donations in the past ten years. 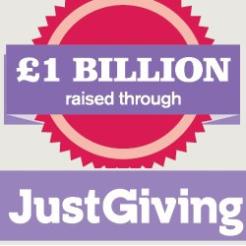 Hot off the heels of Virgin Money Giving's announcement that it had reached £100m in donations yesterday, competing online sponsorship platform JustGiving has announced it has facilitated £1bn of charitable donations in the past ten years.

Over 20 million people have sponsored 1.4 million fundraisers using JustGiving since its launch in 2001, benefitting more than 13,000 charities.

JustGiving was the first of the UK's major online sponsorship platforms, holding the monopoly until Virgin Money Giving launched as the preferred platform for the London Marathon in 2009.

In that same year JustGiving launched its Company Fundraising tool, enabling companies to manage charitable fundraising efforts online for free. Since then over 150 companies have done so, raising over £73m in the process.

In 2011 JustGiving launched a number of new initiatives geared at increasing donations by making it easier to do so and by providing platforms across a range of technologies - mobile donations for instance were introduced for iPhone, Blackberry and Android phones in January, while JustTextGiving, which allows sponsors to text to donate, was launched in May.

This year the platform has released its In Memory tool enabling people to set up tribute pages for a loved one to give to their chosen charities.

But Anne-Marie Huby, managing director of JustGiving, said the moves in innovation were as a result of changes in culture and technology, rather than as a result of competition: "JustGiving’s vision over the past ten years has not changed - we remain committed to growing charitable giving, and we believe there is plenty of room for many initiatives to prosper in this space.

"We continue to focus on research and development on behalf of the sector to the benefit of both donors and charities. For example, in recent months we have seen an increased use of mobile phones as a route to donate to charity, a growth in social giving through websites, and an increase in lifestyle fundraising, such as shaving your head or doing a sponsored silence."

Joanne Warner, senior digital manager at Cancer Research UK advised that innovation has been a driving force behind the charity's partnership with JustGiving, which, she says has allowed the charity to raise millions of pounds.

"We've seen the technology behind the site evolve and improve as our fundraisers have found ever more creative ways of using it," she added.

Speaking of the £1bn milestone, Huby said: "We are so thrilled to have reached this incredible milestone.

"Raising money for charity can be very difficult and it's not always easy to ask people to give, particularly given the tough economic climate over the past few years. So reaching this milestone is a real achievement for the thousands of charities who have used the site to canvass for donations." 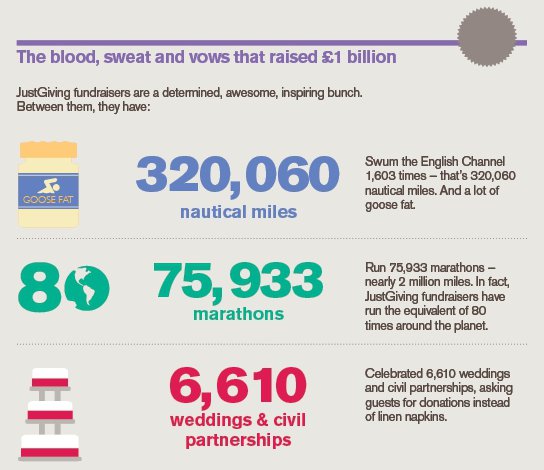 Throughout its ten years in service, JustGiving has noted a number of trends in giving through its platform. Looking at age, some 53 per cent of all donors were found to be under 40, with those aged between 26 and 30 being the most common donor. And slightly more women had donated through their service than men. 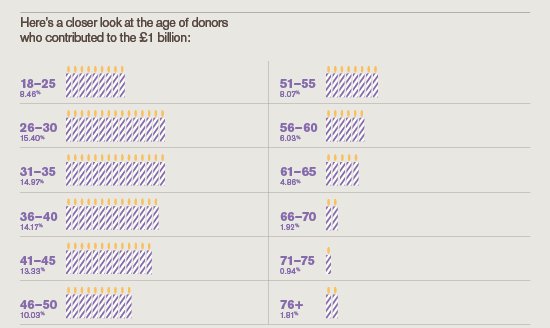 Geographically, Londoners were seen to use the service most, with 40 per cent of all donations coming from the capital. Next most generous region was the Midlands, with 10 per cent, followed by the South of England at 9 per cent of donors.

See an infographic of JustGiving's highlights of 2011 by clicking here.