The Jewish Chronicle has published an apology to Interpal, a charity that provides aid to Palestinians in need.

It agreed to pay £50,000 in damages to the trustees, after it implied the charity had links to terrorist activity.

In 2003, Interpal was listed by the US as a “specially designated global terrorist organisation” for allegedly funding designated group Hamas. This is an allegation that Interpal denies.

The newspaper issued an apology which read: “In an article dated 21 March 2019 (“Corbyn spoke at conference calling for release of terrorists, attended by ‘blood libel’ cleric Salah”) we referred to the charity Interpal, which supports Palestinians in need, as having been listed by the United States as a “Specially Designated Global Terrorist Organisation” in 2003.

“We wish to make clear that Interpal and its trustees have always strongly contested the US designation, and Interpal continues to operate fully lawfully under the aegis of the Charity Commission. We accept that neither Interpal, nor its trustees, have ever been involved with or provided support for terrorist activity of any kind.

“We apologise unreservedly to the trustees for any distress caused and have agreed to pay them damages for libel.”

The newspaper added: “Our article also suggested that Ibrahim Hewitt, one of the trustees and the chairman of Interpal, has expressed extremist views concerning punishments for adulterers and gay people.

“In fact, the views attributed to Mr Hewitt arise out of a book he wrote some 25 years ago regarding the interpretation of the Koran. Mr Hewitt has asked us to make clear that he does not condone discrimination in any form, including against gay people or adulterers, and we are happy to do so.”

Alongside its full apology the paper also published an article by Ibrahim Hewitt, chair of the trustees of Interpal.

“We are aware of attempts to delegitimise and discredit our work, but we maintain unwaveringly that the people behind them are misguided; Interpal is strictly apolitical and humanitarian in our approach,” he said.

This settlement follows a payment of damages by the Daily Mail and MailOnline. The owners of the Daily Mail agreed to pay £120,000 plus legal costs to Interpal after it made false extremism allegations.

It issued a correction in April which stated: “Articles dated 2 and 15 August claimed that Interpal, a charity supporting Palestinians, funded a 'hate festival' in which children acted out the murder of Jews.

“In fact, while Interpal donated to the festival, it did not fund or support the play and the trustees of Interpal unequivocally condemned the activities the play depicted. It was not our intention to suggest that the trustees promote or condone anti-Semitism or attacks on Jews.” 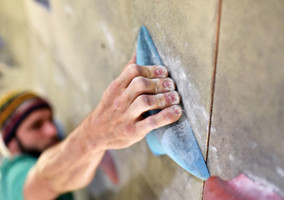 Con Alexander explains the personal risks associated with charity trusteeship – and offers some pointers on how to protect yourself against them.