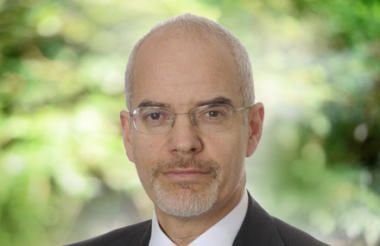 Ian Karet, a part-time deputy High Court judge, has been appointed as interim chair of the Charity Commission.

He will be in place until a permanent chair is appointed by the Culture Secretary.

Baroness Tina Stowell completed her three-year term earlier this week. She announced last November that she would not seek a second term.

Ian Karet, interim chair of the Charity Commission, said: “I am looking forward to working with the Commission’s staff and my fellow board members as we make further progress in delivering our strategy. These are challenging times and it is vital that the Commission continues to demonstrate both responsiveness and clarity of purpose.”

Karet joined the Charity Commission board in January 2019.

He has previously been a trustee for the Royal Botanic Gardens, Kew, and for the Swiss-based not-for-profit organisation the International Association for the Protection of Intellectual Property.

Karet is a solicitor and a partner at the law firm Linklaters LLP, and sits part time as a deputy High Court judge.

The appointment was announced this lunchtime by the Department for Digital, Culture, Media and Sport, which said that Karet will earn £37,500 a year pro rata for one and a half days a week in the role.

Stowell used her final public speech as Charity Commission chair earlier this month to say she regretted not being "more vocal" on behalf of members of public who felt ignored by charities.