Motability is one of five new entrants to this year's list of the largest UK charities.

The  Charity Finance 100 Index tracks the largest 100 charities, ranking entrants by their average annual income over the past three years. It is updated annually, and the newest version is published in this month's Charity Finance magazine.

Motability was second in the Charity Finance 250 Index last year and has risen 79 places to 23 in the 100 Index after a £400m donation in late 2018 from Motability Operations.

The charity runs a disability car scheme. The relationship between the charity and commercial arm came under scrutiny in 2018.

Motability sets the strategic policies and direction of the Motability Scheme which provides vehicles that have been adapted for disabled people. The charity contracts Motability Operations to run the scheme.

The Charity Commission reviewed the relationship and said no charity rules had been breached. However MPs on the Work and Pensions Committee criticised the company for not giving more to the charity and urged it to make a one-off donation from its substantial reserves.

In October 2018 the company said it would donate £400m to the charity.  In September 2019 it donated a further £800m, which will appear in its March 2020 accounts, and means that Motability is expected to break into the top ten next year.

There are three other charities that have moved up from the 250 Index.

The Aga Khan Foundation (UK) moved up 67 places to 90 in the 100 Index. It has more than tripled its annual income in the year to December 2018 to nearly £160m. Most of its funding comes from international affiliates of the Aga Khan Development Network.

Jewish Care returned to the 100 Index in 95th place, having been sixth in the 250 Index.

The fifth new entrant is the Masonic Charitable Foundation in 100th place.

It was formed in December 2015 following a restructure of several Masonic charities.

The minimum income requirement has risen by 6% to £68.6m. 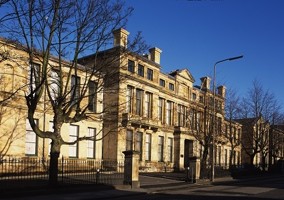