Many Women's Aid charities have had to stop speaking out on behalf of women they support to avoid losing funding from public bodies, the Panel on the Independence of the Voluntary Sector heard yesterday. 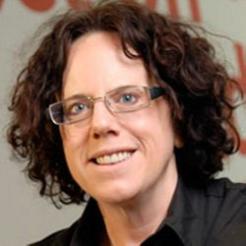 Many Women's Aid charities have had to stop speaking out on behalf of women they support to avoid losing funding from public bodies, the Panel on the Independence of the Voluntary Sector heard yesterday.

Polly Neate, chief executive of Women's Aid, told the panel she knew of several examples of when domestic violence charities were told, off the record, that they lost tenders because they challenged the specifications of tender documents.She said she could not name any of the organisations involved for confidentiality reasons.

She said many local authorities will only fund domestic violence centres if they only admit people who live in the local authority area, or if the majority of their residents are from the local area. However, many refuge centres will not accept local women as it is unsafe for them to seek refuge so close to the perpetrator of their abuse.

She also said that last week one of Women’s Aid’s member charities had lost a tender following an ongoing argument with a local authority. Neate said that the local authority went on to write to other local statutory organisations saying that they shouldn’t refer women to the charity that lost its tender.

Neate said that in this instance the service was told it was because they spoke out nationally about refuge funding. The charity have now stopped speaking out publicly as they hope to regain a contract with the local authority in the future. She said that these issues are not isolated, but are happening “day-in and day-out”.

Another example meant a domestic violence charity was told, off the record, that they lost some funding for challenging decisions at a local authority previously.
Neate said that victims of domestic violence are a group that need the advocacy of the charity sector and that suffer if they are not given a voice.

She added that national government does seem to understand the issues around domestic violence, however it is “unexperienced local commissioners” that do not.