Richard Taylor, executive director of fundraising and marketing at Cancer Research UK, has been nominated the new chair-elect of the Institute of Fundraising. 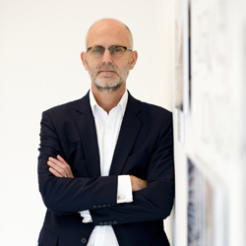 Richard Taylor, executive director of fundraising and marketing at Cancer Research UK, has been nominated the new chair-elect of the Institute of Fundraising.

As chair-elect, Taylor is due to replace outgoing chair Mark Astarita, director of fundraising at the British Red Cross, when he stands down at the Institute’s AGM next month, after a three-year term.

Taylor, whose charity raised £372.7m in voluntary income in the year to March 2013, was one of two candidates who put themselves forward for the role as chair.

The IoF said it was not naming the other candidate. Taylor was nominated chair-elect by the Institute’s board after an interview process involving the chairs of the body’s committees, who made recommendations.

Taylor, who has been an IoF trustee for three years, a member of the standards committee and the Institute’s nominee on the Fundraising Standards Board, will officially take up his position as chair after his nomination is ratified by members of the new board following the AGM.

“It is a huge privilege to have been chosen as chair-elect of the Institute,” he said. “Whether it’s meeting the needs of the sole fundraiser, deftly securing income from a variety of sources for a niche cause or a highly specialised team of major donor fundraisers in a large international charity, the IoF must always strive to remain innovative and relevant," Taylor said in a statement.

“We must also continue to be at the forefront of policy impact and influence, as the trusted voice of our members, making sure decision-makers – in government and elsewhere – make the most of the knowledge, experience and passion we all bring to our causes."

He told Civil Society News this morning that it had been an easy decision to put himself forward for the role, saying: "The more I’ve got involved, I’ve come to appreciate its significance and importance as a membership organisation.

His high-profile predecessor has been a vociferous defender of fundraising and fundraisers. At the IoF’s awards last year, Astarita gave a rallying speech telling sector leaders: “If you spend it, you should be bloody proud of those who raise it.”

Taylor said while he had a different style to Astarita’s, he would continue to be a spokesman for fundraisers.

“I’m the fundraising director of the biggest fundraising charity in the UK. Fundraising goes through my veins. I don’t think we should be put in a defensive position and that is what I like about the Proud to be a Fundraiser campaign. It is about coming out of the shadows,” he said.

“We enable such amazing work. I’m almost surprised we have to remind ourselves to be proud of what we do. I will definitely be following in Mark’s footsteps in terms of speaking on behalf of fundraisers. When the big questions are asked of the IoF then both the chair and the chief executive have to step up to the plate.

“I would not have taken the role if I was not prepared to do it. The sector needs spokespeople and I’m happy to be one of those.”

Taylor praised Astarita’s leadership of the organisation saying: “He has done a brilliant job, it’s been quite inspiring. When he came in three years ago the Institute was in a difficult place and he has stepped up to it. It's in a position of strength on which I want to build."

Astarita said in a statement: “I am delighted that I will be succeeded by one of the most successful directors of fundraising from the largest fundraising charity in the UK. Richard has already contributed a huge amount to the Institute. He will bring to this role a wealth of experience from both the private and charity sector and is committed to developing the vital support that the IoF offers to fundraisers and fundraising organisations around the UK.”

Taylor joined the Imperial Cancer Research Fund in 1998 as head of retail having previously working in commercial retail, including as retail director of the Early Learning Centre. He was appointed into his current role in 2004 and is responsible for CRUK’s brand, communications and revenue generation.

The IoF's outgoing chair, Mark Astarita, has topped Fundraising Magazine's 50 Most Influential poll for two consecutive years. Find out if he tops the poll for a third year and where his successor Richard Taylor ranks in the July issue.