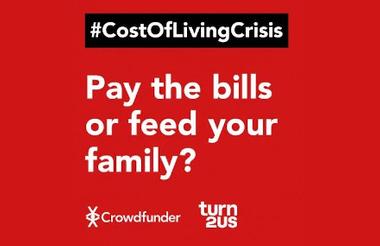 Crowdfunder and Turn2Us have partnered for the charity’s latest fundraising appeal to help people struggling due to the cost-of-living crisis.

This means everyone who donates to a fundraising appeal on the Crowdfunder platform will also be encouraged to donate to the Turn2Us appeal.

Turn2Us is a national poverty charity, which anticipates demand for its support will increase as the impact of rising energy bills and inflation forces more people into financial hardship.

Tracey Molineux, head of supporter engagement at Turn2us, said: “For millions of us, the steep increase in the cost-of-living will undoubtedly result in people facing impossible choices between keeping a roof over their heads or feeding their children.

“This isn’t right. We’re already hearing how many household budgets simply can’t stretch anymore. We must not underestimate the scale of the crisis we are facing, especially as the next 12 months will push many families into financial hardship.”

Simon Deverell, co-founder and creative director at Crowdfunder, added: “It’s a dire situation and we want to do everything we can to support those facing the cost of living crisis, which is why we’re working with Turn2us on their new appeal.”

The two organisations have been discussing a potential partnership since last year.

Because it is a new approach the charity has not set any particular targets or projections for how successful it might be. But a spokesperson told Civil Society News: “Initial signs have been very positive with us having already exceeded the amount we raised in the winter appeal.” 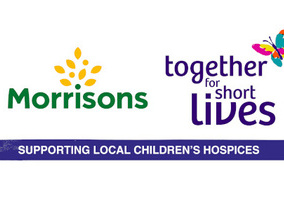 Together for Short Lives: How we secured a £10m partnership with Morrisons 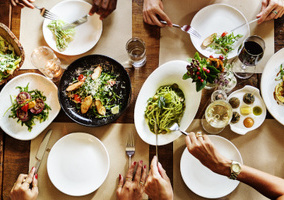 Action Against Hunger almost quadrupled donations from restaurants in 2021