Community share issues received £34m of investment in 2014, up from £9m two years ago, according to a recent report into crowdfunding. 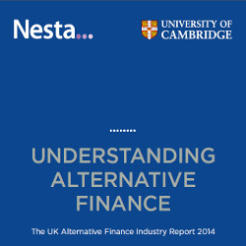 Community share issues received £34m of investment in 2014, up from £9m two years ago, according to a recent report into crowdfunding.

They are a type of crowdfunding which allow many people to come together to buy small shares in community assets such as pubs, shops and sports teams. They use a one-shareholder-one-vote model, and pay interest rather than dividends.

Understanding Alternative Finance, published by Nesta, a funder which specialises in supporting innovation, shows that community share funding is growing by an average of 95 per cent a year.

Donations received through crowdfunding also rose significantly in value, from £800,000 to £2m, the Nesta report says. The model, which is less than two years old, has an average growth of 77 per cent a year.

The report says that amounts donated were small, with three-quarters of people giving less than £50, and that 27 per cent of donors then became volunteers.

It also says that 77 per cent of donations were additional to normal charitable giving, and that 64 per cent of fundraisers who used crowdfunding said it was unlikely they would have received funding elsewhere.