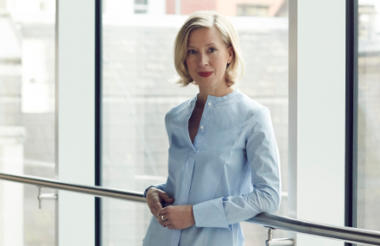 Comic Relief has announced the appointment of Liz Warner as its new chief executive, replacing Kevin Cahill who is stepping down from the organisation after 25 years.

According to a statement from the charity, Warner (pictured) will take over from Cahill in October and will take responsibility for Comic Relief, Red Nose Day and Sport Relief as well as the charity’s international expansion.

It will be Warner’s first role in the voluntary sector. She was the founder and chief executive of betty, a television production company, which she led for over 13 years.

Under Warner’s stewardship, betty was named as one of the UK’s top 30 independent companies and won a number of international awards for its productions, including an Emmy and two Bafta awards.

Warner also held senior roles at both Channel 4 and with the BBC, where she was head of its Youth department.

Commenting on her appointment, Warner said: “I have always been hugely motivated by social issues, I really enjoy leading creative teams and working with top talent to do ground-breaking work. I am very interested in brands, business and their evolution, and this unique role at Comic Relief brings all these together.”

Warner will replace Kevin Cahill, who announced he would be standing down from Comic Relief in February of this year.

Cahill joined Comic Relief in 1990, and was made its chief executive in 1997. Cahill was credited with being responsible for the creation of Sports Relief in 2002, and for turning Red Nose Day into “the biggest event of its kind in the world”.

Next stage in Comic Relief's 'adventure'

Comic Relief, registered with the Charity Commission under its legal name ‘Charity Projects’, had a total income last year of £106.1m and spending of £128.7m.

Richard Curtis, trustee and co-founder of Comic Relief, said: “Liz Warner’s appointment marks the next stage in Comic Relief’s adventure and I look forward enormously to working with Liz as we continue to use the power of comedy and entertainment to serve those who are leading the toughest lives.

“I also want to pay a special tribute to Kevin Cahill – without whom we could not have achieved all the things we’ve done over the past 30 years. Kevin leaves behind an incredible legacy and a charity that remains as relevant and important now as when we founded it in 1985, albeit a little larger and more professional.” 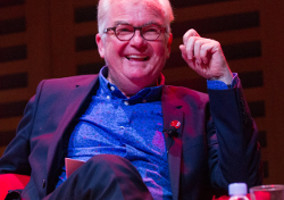 Kevin Cahill to step down from role with Comic Relief 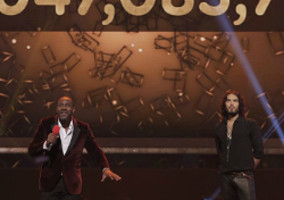