Administrators for the Essex-based charity CoastNet are looking for other organisations to take over some of its projects after  financial difficulties forced it to fold. 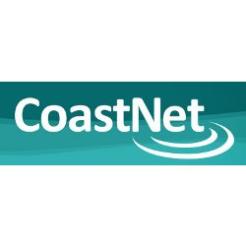 Administrators for the Essex-based charity CoastNet are looking for other organisations to take over some of its projects after  financial difficulties forced it to fold.

All eight of its staff, who were split between the charity’s offices in Colchester and Plymouth, have been made redundant. But the administrators hope that if some of the services are successfully transferred, staff will be offered employment with the new provider.

The national charity ran projects aimed at building better coastal communities, such as organising cricket on the beach and educational trips.

Lee De’ath and Richard Toone from accountancy firm Chantrey Vellacott DFK have been appointed as joint administrators and have confirmed that they are already in discussion with a number of organisations about taking on some of CoastNet’s projects.

De’ath, a partner at Chantrey Vallacott DFK, said: “Due to insufficient funding some of the projects are now unfortunately unable to go ahead, although we are in talks with more than one organisation with the objective of transferring some of the on-going projects.”

He added: “We are currently in the process of carrying out a full review of CoastNet’s assets and hope to be able to reach a resolution whereby some of the work started by the charity can continue.”

CoastNet’s chairman, John Lant said: “We are sad to see the charity being forced to take this difficult decision but the trustees acted decisively and responsibly once the scale of the financial challenges facing CoastNet were identified.”

The largest of these was a £147,186 grant from Imcore (Innovated Management for Europe’s Changing Coastal Resource) which was a €6m project looking at how to adapt coastal areas. It was led by the University College Cork, and finished, as planned, in 2011.

A spokesman for the administrators said that they would be reporting to creditors in eight weeks time when they would be able to provide further explanation of how the charity ended up in financial difficulty.