Tim Cook, the chief executive of Apple, has pledged to donate the majority of his $800m (£537m) fortune to charity. 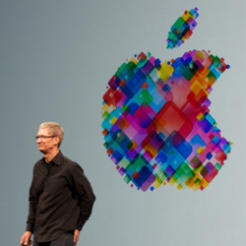 Tim Cook, the chief executive of Apple, has pledged to donate the majority of his $800m (£537m) fortune to charity.

Cook told Fortune Magazine that after paying for his 10-year-old nephew’s education, he would leave the remainder of his personal fortune to various charitable organisations.

The man who replaced Steve Jobs as Apple chief executive in 2011 is the latest signatory to the Giving Pledge which was formed and made public by Microsoft founder Bill Gates and investor Warren Buffett in 2010 to encourage the world’s billionaires to give away half their money to charity.

The official website states that the nature of making the pledge public was to "talk about giving in an open way and create an atmosphere that can draw more people into philanthropy".

Cook is the 129th person to sign up to the pledge, joining the likes of Facebook founder Mark Zuckerberg, Virgin chief executive Richard Branson and Groupon co-founder Eric Lefkosky.