Six months in to a two-year programme to get seven of the voluntary sector's leading female chief executives on to private company boards, not one of the women has been offered a role. 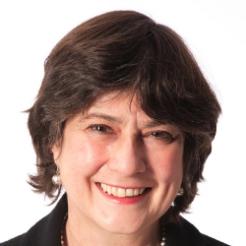 Six months in to a two-year programme to get seven of the voluntary sector's leading female chief executives on to private company boards, not one of the women has been offered a role.

A lack of understanding about the skills and professionalism in the voluntary sector has been blamed for the fact that women charity chief executives are overlooked when it comes to appointments to non-executive director appointment in the private sector. A programme launched earlier this year by Cass Business School and NCVO aimed to get seven of the sector's top women onto private companies' boards.

Speaking to at a breakfast briefing on the subject this morning, participant and researcher for the group, Lynne Berry said: “Three [of the women] have had meetings, but none of these have gone anywhere. One has had the first stage of a formal interview but not heard back.”

Berry described those taking part in the programme as “board-ready”. The others are:

The two-year programme is six months in and while Berry said “we are very much at the beginning of the process”, which includes seminars, dinners and keeping a diary of their experiences, getting senior figures in the private sector to recognise the skills and professionalism in the voluntary sector was proving difficult.

Berry also said that while some of the participants are still looking for roles now, others are now looking at taking on a non-executive directorship appointment in the future and others are considering looking to social enterprises rather than FTSE 100 companies.

She said that a male business leader described working in the voluntary sector as “just a little bit of charity work”.

She explained: “There are still those who have described working in the voluntary sector as toxic to their careers.”

Another businessman told her that he “could not believe that someone who was not primarily driven by profit could be on the board”.

Berry said one of the key things the participants have learnt in first six months is that things in the private sector often happen at a “faster pace” particularly in areas such as acquisitions and mergers.

She also said that the women had found they needed to use “different vocabulary” and describe their work “in terms of the bottom line”.

Berry concluded that: “I suspect until there are new role models we are unlikely to get very far.”

She pointed out that the often-cited example of Jasmine Whitbread, chief executive of Save the Children who was recently appointed to the board of BT, had a significant amount of corporate experience prior to joining the charity sector.