The charity sector's voice needs to be much louder on Brexit, conference hears 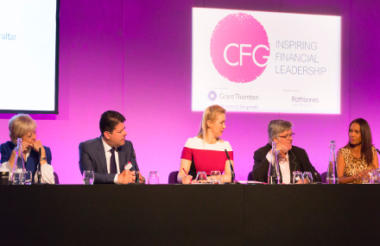 The sector has been far too quiet on Brexit, and is often only talking to itself, a panel session at CFG’s annual conference said yesterday.

The Brexit panel session at the conference featured Gina Miller, who previously published controversial reports about charities but is also a leading campaigner on Brexit, Fabian Picardo, the chief minister of the Government of Gibraltar, Baroness Hayter, shadow minister for the Department for Exiting the European Union, and Baroness Stedman-Scott, and was chaired by CFG’s chief executive Caron Bradshaw.

Speaking on the panel, Miller said that right now the “sector has been far too quiet” on speaking up about Brexit and how it would impact its beneficiaries.

She said: “It is not against the Lobbying Act to be talking about your areas and your concerns for your beneficiaries. There is very little in the media coming from the third sector and I implore you, you still have some time before the 8th June to speak up and be heard, I think that is really important.”

She also told charities to be cautious that they do not lose any funding as a result of Brexit, as the Chancellor of the Exchequer Philip Hammond promised that charities would not lose funding in the process. She said: “Watch out, because in that wording it did say they would ‘honour and replace funding projects that they thought were valuable’, but what does that mean? How many hoops are you going to have to jump through to prove that they are value for money?”

She went on to say that charities need to speak out because if the economy is hit as a result of any fall-out from Brexit, charities will have to pick up the pieces. As a result, she said: “Voices need to be much, much louder”.

Gina Miller earlier this year led a legal challenge against Brexit which argued that only Parliament can take away rights that Parliament had granted. She set up her own charity the True and Fair Foundation in 2009, which in 2015 published reports saying that the charity sector was inefficient and badly run. The Telegraph published significant amendments on its own story following criticisms of inaccuracies in the report itself.

Are charities talking to themselves too much?

Picardo echoed this view that charities need to speak out more, but more generally, and questioned whether the sector spends too much time talking to itself, and not enough time explaining the work it does.

He said: “As a relative outsider to the UK charity sector, from what I listened to in the morning and from 1,500 miles away, I hear on Radio 4 on the Today Programme charities being fined for unsolicited phone calls being made in respect of donations being sought after and I say to myself how has it come to this?

“The charity sector should be a sector of which everyone identifies with, and why aren’t we hearing that? Why aren’t you telling us your story? And I ask the question, as an outsider who doesn’t know the detail, are you talking to yourselves too much rather than talking to the rest of the public about what it is you do?”

He encouraged charities to tell their own stories, saying that there does not need to be a cost to that, and that social media is a great tool for doing this.

Bradshaw agreed with Picardo’s comment, saying “I think we do talk to ourselves too much”.

Charity delegates were also told that they can be ‘business like’ in the way they act on some occasions.

Miller said: “You can be business like without adopting the language of business, because I think that puts people off. The honesty and integrity must be front and centre, rather than getting buried in the language.”

Following comments made by CFG’s outgoing chair Ian Theodoreson in his opening remarks that morning at the conference that said that charities have “become the establishment”, Baroness Hayter told charities that “when you are talking to the government you want to look like the establishment”.

She continued: “You want to be professional and you want to be well-briefed, and when you are doing that on behalf of beneficiaries I have no hang up about you looking and sounding like the establishment in that you are using all the experience you have got of working with beneficiaries. Your USP is that you do understand what is going on.”

Hayter also warned charities that they will have a lot of work to do in terms of Brexit legislation, when the EU regulations are turned into UK legislation. She said someone needs to look at them to ensure they are fit for purpose in their wording for vulnerable clients.

She said: “Only you lot are going to be able to do that so you are going to have to pour through a lot of secondary legislation to make sure there aren’t groups particularly affected by it. It is a big job but if you don’t do it, no one is going to.”

Miller also called on charities to approach lawyers and other professional services about doing pro-bono work for them, and helping them to explain how the Lobbying Act would directly impact them.

She also said that there are lots of opportunities that could come from Brexit.

She said: “I think you can be positive in talking about the work you are doing and talking about where you are picking up the pieces, and feeding those stories to the media. Because they are already now saying they are almost fed up of the elections, they are fed up of Brexit, they want stories, and they want to hear things. This is the time to really push the stories out there of how you are making a difference.” 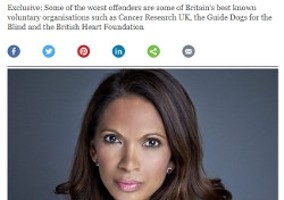 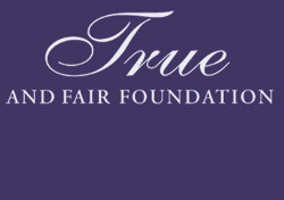