The steering group for the Charity Governance Code has said it plans to refresh the code, rather than do a full rewrite, after consulting with the sector.

This week it published the summary of the responses to the consultation that took place between November 2019 and February 2020. Almost 800 people responded, and 85% agreed with the proposal to “refresh” the code this year.

The most recent version of the Charity Governance Code was published in 2017. This edition was a significant update on previous versions.

A refreshed version of the code was planned for July, but has been delayed by Covid-19 and will instead be published towards the end of this year.

An in-depth review and update of the code will take place in 2023.

A focus of the refresh will be expanding its section on diversity. The steering group has commissioned specialists consultants to help it with this work.

Rosie Chapman, chair of the steering group, said: “Carrying out the consultation was a really useful exercise as it shone a light on those areas of the Code that people would like to see changed. The question relating to integrity generated a wide range of responses and suggestions. Overall, there is strong support to reframe and augment the Integrity Principle to embrace and reflect the recent changes in the operating environment.

“There is also wide support to broaden the Diversity Principle to address aspects of inclusion and equality. Both of these areas will be addressed when the report is published later this year.”

The steering group is also considering how to incorporate the NCVO Charity Ethical Principals without making the document too long.

The consultation responses also revealed that, while nearly three-quarters of smaller charities have heard of the code, currently they are less likely to be using it.

Chapman said: “Ensuring that the code is relevant for smaller charities is an area that the steering group will look at further to see what more, if anything, can be done to highlight the edition of the code specifically for volunteer-led and run organisations.

“The code is forged by the ethos ‘by the sector, for the sector’, so we are keen to get a true picture of what the take-up is across charities overall, not just those that responded to the consultation.” 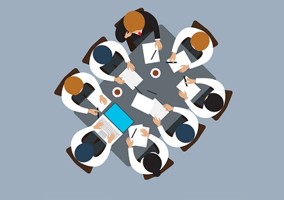 Charity governance - is it still fit for purpose?

What are the next steps for the Charity Governance Code?