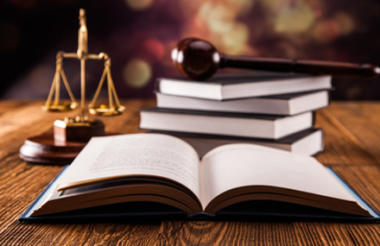 The Charity Commission will soon publish new guidance for trustees about when to take or defend legal action.

Titled Charities and litigation – a guide for trustees (CC38), the guidance is expected to be published next week.

In its recent newsletter for trustees, the Commission said: “Legal proceedings can present significant risk to a charity, and this guidance will provide advice on what trustees need to know when thinking about taking or defending legal action, and when we need to be involved.

“The decision whether or not to initiate or defend litigation must only be made in the best interests of the charity and be balanced against the risks and consequences that any legal action could bring.”

The regulator has been working with the Charity Law Association (CLA) to develop the guidance, but has not issued a wider consultation.

A draft of the guidance is, however, available on the CLA’s website. It is dated November 2015 and the CLA’s response to the guidance suggested that the Commission had initially hoped to publish the guidance in January 2016.

The CLA set up an 18-strong working party chaired by Paul Hewitt of Withers to consider the draft guidance.

In its response, the working party raised concerns about the tone of the guidance and urged the Commission to make it clearer that there are some circumstances in which it is appropriate for charities to take or defend legal action.

The working group added that the guidance could lead to charities feeling “pressured” into settling a claim immediately.
It suggested a “rebalancing of the advice relating to the duty to protect charity assets” to make it clear that there are times when legal action is the most appropriate course.

A Charity Commission spokesman said: “As this is a specialist matter we have been working closely with the Charity Law Association to seek their input and develop the final version of the guidance.

“They have provided us with valuable expert knowledge and advice which includes detailed comments on the draft guidance that we have taken on board and used to tailor the guidance. We look forward to issuing the final guidance soon and hope it will prove a useful tool for trustees which offers clarity on the complex issues involved with litigation.”