The Charity Commission was left “weakened and emasculated” as a result of the Plymouth Brethren case and is unlikely to challenge other religious groups, a member of a Commons committee said today. 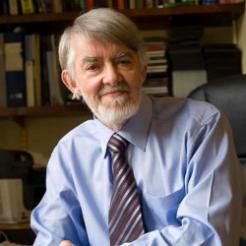 The Charity Commission was left “weakened and emasculated” as a result of the Plymouth Brethren case and is unlikely to challenge other religious groups, a member of a Commons committee said today.

The Commission recently agreed to grant charitable status to a meeting hall of the Plymouth Brethren Christian Church, a wealthy religious group which has a strict doctrine of separation limiting members’ interactions with the public, and which faced accusations its practices were harmful to current and former members.

The Commission had initially refused charitable status and had taken the case to the Charity Tribunal. But it later agreed to reconsider the case itself rather than go to the tribunal, and changed its decision after the Brethren agreed to be governed by a new trust deed.

During a Public Administration Select Committee evidence session on the work of the Charity Commission today, Paul Flynn, Labour MP for Newport West and a member of the committee, said that the Plymouth Brethren Christian Church had spent £2m on lobbying and legal fees to win charitable status, and that a poorer body would not have succeeded in overturning the commission’s decision.

He said the Charity Commission had abandoned its case against the Brethren because it did not have the resources to fight the case.

“You were challenged and it cost a huge amount of resources,” he told William Shawcross, chair of the Charity Commission, and Sam Younger, its chief executive. “You climbed down because you didn’t want the financial and legal problems. You’ve become weakened and emasculated.

“You agreed to surrender your previous principled position in exchange for an easy life.

“You aren’t going to turn anyone down again because you’ve become cowardly as a result of the might of a lobbying organisation.”

However William Shawcross, chair of the Charity Commission, said his organisation would refuse status to an organisation like the Brethren once again if the situation warranted it.

“We would much prefer if the tribunal decided this sort of thing,” he said.