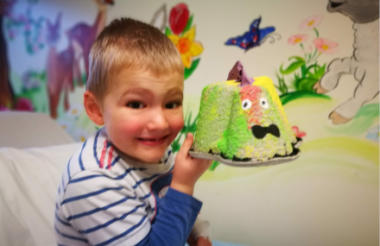 Charities have launched self-isolation and stay-at-home campaigns to fundraise during the coronavirus crisis.

With events and public fundraising cancelled, most charities are facing income shortages, and Make-A-Wish, Mind and Brain Tumour Research are among those launching fundraising activities and challenges people can do at home.

Creative fundraising solutions range from virtual events to challenges people can take part into while staying at home to social media campaigns.

Charity Make-A-Wish fundraises and works to grant wishes to children who suffer from critical illnesses. It has now launched a campaign to share creative ideas on how to entertain children while self-isolating.

The charity says: “The campaign taps into the knowledge that some of the wish families that the charity supports have because, for them, isolation is nothing new because they experienced it – and may still be – after their child was diagnosed with a critical illness.

“They, and some of the charity’s influencer supporters, have shared their wisdom on how they dealt with the situation – from creating a pirate ship out of cardboard hospital bowls to playing boardgames or creating a music playlist.”

Mental health charity Mind has published a new section on its website with virtual fundraising ideas that supporters can tap into if they want to raise money for the charity from home.

The Oxfordshire branch of Mind has also launched a Homeworking Wellbeing Challenge with dedicated workout routines that people can do in their garden or in their living room. One of them is a 7km in 7 days Challenge, which asks people to cover 1km a day by jogging or walking in their house or garden.

Mind has also published a guide on how people can take care of their mental health and wellbeing during this crisis.

Brain Tumour Research had one of its biggest fundraising events, Wear A Hat Day, planned for tomorrow.

Supporters can still take part online. The charity is encouraging them to hold video calls, post pictures of their hats on social media, hold virtual hat quizzes, do hat creation competitions and so on.

The charity says: "Wear A Hat Day is the UK’s biggest brain tumour research fundraising event. Every year, thousands of people across the UK don their favourite headgear and take part in hat-themed events in their local communities.

"Coronavirus is proving a great challenge for us all, however, there are many ways to hold your event digitally with your family, friends, colleagues, or school on Friday 27 March. You can have all the fun of Wear A Hat Day through your screens and on social media!"

The charity has also published a list of home-friendly fundraising ideas, including a stairway challenge and a home workout challenge. Like other charities it is asking people to donate their travel costs now that they are not commuting anymore.

The Little Princess Trust, which provides free real hair wigs to children and young people who have lost their own hair through cancer treatment or other conditions, is currently unable to process hair donations as usual.

Given that hairdressers and beauty salons are currently closed, the charity is asking people on social media to let their hair grow during the crisis, so they can donate it once it is over.

On Twitter, it said to one of its donors: "Please #letitgrow if you can, Karen. The current situation means we cannot take hair donations right now, therefore we are encouraging our supporters to stand by us at this difficult time. We look forward to seeing all your photos and updates as you #letitgrow."

Other popular virtual fundraising option across the sector are asking people to use Amazon Smile, do a spring cleaning of the house and donate a percentage of what they sell on eBay, and run marathons solo instead than attending physical events.

British Heart Foundation has launched MyMarathon, a virtual fundraiser asking people to run 26.2 miles in May, in the way they prefer, to raise money for the charity.

Where charities should look for Covid-19 advice