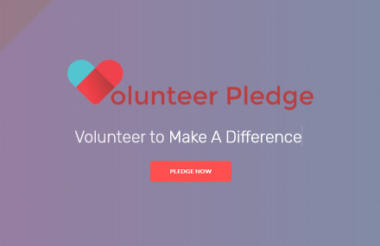 Charities and members of the public are being invited to take part in a campaign which aims to encourage volunteering in 2018.

The Volunteer Pledge campaign is being run by the International Voluntary Service, which places people abroad for volunteering opportunities, and so far has the support of 14 charities. These include Oxfam, Royal Voluntary Service and Sense Scotland.

The campaign encourages members of the public to make a pledge to volunteer at some point in 2018, while “New Year’s resolutions are still fresh”. It launched on New Year’s Day and will run throughout January. At the end of each month, pledgees will receive an email to volunteering opportunities across the country.

IVS is running the campaign, with a budget of £20,000. The campaign aims to combat the decline in volunteering after figures published last year by the Office for National Statistics that show that volunteering levels have declined by 15 percent over a decade. The analysis suggests that the value lost to the UK was £1bn just between 2012 and 2015.

A spokesman for IVS said: “The benefits of volunteering are huge not just for the volunteer but also for those around them. Some organisations and communities depend on volunteers, so volunteering can have a huge impact on the capacity of an organisation and the lives of those who depend on the support. It's also a fantastic way to make friends and pick up new skills while gaining invaluable life experiences.”

More information on the campaign can be found here.

Oxfam launches Give a Shift campaign

Oxfam has also launched a campaign - Give a Shift - to encourage people to volunteer in its charity shops.

The comedian, Harry Hill, is supporting the campaign and recently volunteered in one of the charity's London shops.

He said: “I’ve really enjoyed looking behind the scenes of Oxfam. I’ve been coming here since I was 12. Now I’ve got to look behind the curtain. I’ve got to work the tills, and met some very interesting customers. Anything that involves the public has potential to be fun. You never know who is going to walk in the door and what they are going to say to you.”

Oxfam has released a video of documenting Hill's experience volunteering. 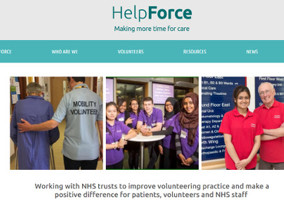 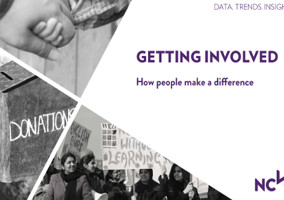