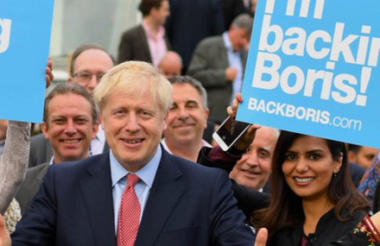 A number of international development charities have raised concerns about government plans to spend £1bn on climate science research, which they fear could divert money from the aid budget.

Christian Aid, Islamic Relief UK, ActionAid UK and Oxfam have all raised concern that the fund could reduce money available to help the world's poorest.

Speaking ahead of the UN climate conference in New York, Johnson said: “Britain is a nation of innovators. Our scientists have been at the forefront of technological advancement for generations, pioneering world-changing inventions like the jet engine, the television and the lightbulb.

“I have always been deeply optimistic about the potential of technology to make the world a better place. If we get this right, future generations will look back on climate change as a problem that we solved by determined global action and the prowess of technology.”

But Dr Alison Doig, head of global policy at Christian Aid, said it “seems like robbing Peter to pay Paul”, as fighting climate crisis should not be at the expense of the world's poorest.

She said: ‘We would urge the government to ensure that in answering one question, it does not raise others.

“Our hope is that it will be implemented in the right way and not end up as tied aid that is expensive and undermines the capacity of scientists in developing countries.”

Doig pointed out that the world’s poorest suffer most greatly from the climate crisis, but contribute the least towards creating it.

The Intergovernmental Panel on Climate Change (IPCC) found that poor people in developing countries are feeling the impacts of climate change first and worst because of vulnerable geography and lesser ability to cope with damage from severe weather and rising sea levels.

In October 2018 the IPCC issued a special report on the impacts of global warming of 1.5°C, finding that limiting global warming to 1.5°C would require rapid changes in society.

Doig said: “The real test of the scientific investment in tackling the climate emergency will be whether it delivers for people in poverty - who while having contributed least to this crisis - are the first and worst affected by climate change.

“The world’s poorest should not be an afterthought, but aspects of today’s announcement suggests they are not being seen as the priority in tackling climate change. Climate change must be viewed as a triple emergency: of poverty, climate and biodiversity, and so a joined-up approach must be reflected in any UK approaches to tackling it.”

He said: “While we welcome the government’s acknowledgement of the seriousness and scale of the climate emergency, the announcement that up to £1bn of the UK aid budget will be diverted to fund clean energy research is disappointing.

“The aid budget is a critical lifeline for many of the world’s poorest communities. These are often the same communities that are disproportionately impacted by the effects of climate change, with aid money playing a vital role in supporting them to deal with those impacts. Tackling the climate emergency requires not only bold new funding but also radical changes to many aspects of the way we live – a focus on research and new technologies will never be enough to tackle this global crisis.”

Doig said new and additional money is needed in the face of the climate emergency: “Far more must be available for the most vulnerable to adapt to the devastating impacts of climate change, and to respond to the ever-increasing disasters that it brings. As the UK spearheads new initiatives for resilience and adaptation at the UN Climate Action Summit today, this needs a massive elevation in the resources and global action to save lives and livelihoods of the poorest people on the planet.”

Others were concerned about the emphasis on British scientists.

Farah Nazeer, deputy director of Advocacy at ActionAid UK, said: “We need to understand the rules around the Ayrton Fund. Is this funding from the same spend that already goes to climate and development research, or is it aid spend which will be diverted away from saving lives across the world, including those of women and girls?

“ActionAid supports the urgent need to invest in research, technology and innovation to support developing countries to prevent and adapt to climate change. However the government needs to ensure this fund reaches those who are worst impacted by climate change, contributing directly to their building of resilience, adaptation and mitigation measures. All aid must honour its intention and be spent on alleviating poverty for those most in need, especially women and girls.

Kiri Hanks, Oxfam's climate policy adviser, said: "Anything that helps poorer countries to access clean technology is to be welcomed. But it shouldn’t just be British scientists and entrepreneurs that can access the funding and it is not clear how the resulting technology will be shared with developing countries or on what terms.

"It's not sustainable for a growing proportion of aid to be spent on the UK's climate finance commitments at the expense of building the schools and hospitals that are desperately needed across the world. We hope to see the 'new and additional' sources of funding that developing countries were promised, rather than repeated raids on the aid budget." 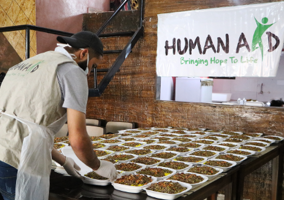 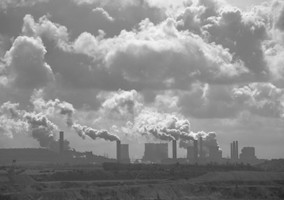