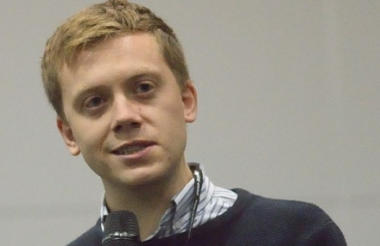 Owen Jones at the 2016 Labour Party Conference in Liverpool, speaking at a fringe meeting organised by Labourlist - credit Rwendland

Modern socialists believe that charities are very much needed but their very existence serves to highlight that the current social order has failed, Owen Jones told an audience of charity leaders last night.

The Guardian columnist and political activist used a speech in front of charity leaders to criticise government funding cuts, the Lobbying Act and philanthropy. He also warned against allowing volunteering to take the place of paid work and said public services should be mainly delivered “in-house” by the state.

Jones was delivering the Hinton Lecture, which is organised annually by NCVO in memory of its former director Nicholas Hinton, on the topic of how charities and volunteering should fit in to the Labour Party’s approach.

‘Existence of charities is a failing’

“We understand the need for charity in the here and now to exist,” he said, “but its existence is a failing of our current social order.”

He said it is a “lack of willpower” that means a country as wealthy as the UK still has people in poverty.

“A socialist in 2018 believes that the existing social order is so rotten, broken and bankrupt, that it can’t be tinkered with, it has to be replaced altogether,” he said.

Jones said that many charities do great work and are a “lifeline” to people, but things like foodbanks should not need to exist.

He urged the sector to “work for a society where charity is no longer necessary”, though when questioned he said there would always be a role for the sector to campaign, hold government to account and innovate. He said: “I am not espousing a totalitarian society.”

Jones criticised the government’s austerity programme and Big Society project, saying they had cut off vital funding for many charities over the last decade.

“Rather than heralding a new era of charity, many charities dependent on funding from local and central government were decimated across the country,” he said.

He particularly highlighted cuts to LGBTQ charities and women’s refuges, saying: “The devastation inflicted on these charities will inflict misery and pain on people who desperately need support.”

Jones also criticised the Lobbying Act and anti-advocacy clauses as measures which prevent charities speaking out, and said a Labour government should get rid of them.

‘Public services must be delivered in house’

Jones called for an end to the outsourcing of public services.

“Public services must be delivered in-house by workers with decent salaries, pensions and terms and condition,” he said.

He said the state should work with charities, but warned against volunteers being used to replace paid workers.

“People's idealism and compassion should be encouraged, but not exploited,” he said.

Jones criticised corporate and individual philanthropy as ways for the powerful to continue to exert influence as well as minimise their tax burden.

He said: “Accountancy firms help deprive the exchequer of billions of pounds which would otherwise go to services, to housing, to combatting poverty and hardship. And yet they can make themselves look compassionate and caring by spending far, far less on charitable projects.”

Jones also criticised U2 and Bono of high-profile campaigning while moving the band’s tax affairs from Ireland to the Netherlands.

“Philanthropy makes the rich look good, but far more money is hidden away from the tax authorities through tax avoidance,” he said.

He added: “Progressive taxation also ensures that how money is allocated and spent is democratically accountable, rather than dependent on the personal whims and interests of the philanthropist.” 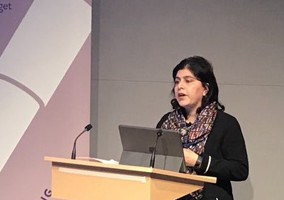 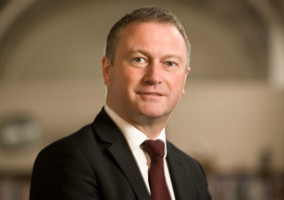 Steve Reed: ‘The government has attempted to undermine the sector’