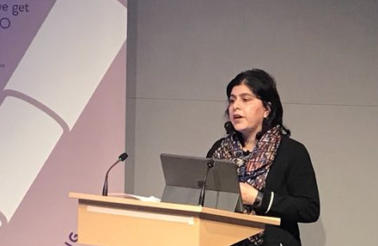 The Charity Commission was accused of a "disproportionate" focus on Muslim charities in its investigatory work, by Baroness Warsi, a Conservative peer, in a speech last night.

A spokesman from the regulator said it "refutes any allegation that it is biased against Muslim charities".

Warsi also criticised the government for not engaging properly with Muslims, and urged the charity sector to create more spaces for communities.

She was giving the Hinton Lecture, which is organised annually by NCVO in memory of its former director Nicholas Hinton. She outlined how life had become increasingly difficult for Muslims in British life. She said coexistence was no longer enough and called for better connections between different communities.

Warsi said that Shawcross’ appointment as chair of the regulator was part of the problem.

She said his term as chair, which is due to conclude early next year, was “from the outset” the focus of concerns because of his “previous statements on Islam, Guantanamo, Israel/Palestine, the Iraq war and his association with the likes of the Henry Jackson Society".

She said: “His statement on the risks of donor money leaking out to support terrorism led to a community under scrutiny despite there being no evidence of this charge, as Tom Keatinge said as part of a Demos report in 2014.”

She said that even though Muslims are “among the most generous” there had been a “disproportionate number of Muslim charities in recent years" that had been subject to Commission inquiries.

Warsi also said there had been an increase in the number of allegations relating to terrorist abuse of charities, many of which were Muslim, and that this was a “disproportionate increase in allegations when number of Muslim charities has remained more or less the same”.

But she said experts agree that “extremist abuse of the charity sector has and remains negligible”.

She described the regulator had used “what a Cabinet colleague called the Al Capone method of policing".

“I call it McCarthyism.”

She thanked Sir Stephen Bubb, former chief executive of the Charity Commission, for his support of the Muslim charity sector and being a “tremendous friend to Muslim charities”.

Warsi also told the audience last night that successive governments have had a “policy of disengagement when it comes to British Muslims” and refuses to work with many people viewed as “beyond the pale”.

She said Muslim charities, like Human Appeal and Islamic Relief, and other community organisations had come under scrutiny. She said they needed to be “sure they are whiter than white”.

“They are not allowed to make mistakes,” she said.

She called for an end to lists which prevented people from being told they are considered dangerous and prevented from engaging.

Warsi also called on the government to tackle growing inequalities in the UK and said the “wealth gap has expanded” and “social mobility has decreased”.

“I am not sure I would be who I am today if I had been born today,” she added.

She criticised the government for ending funding for community development during austerity and then replacing it using money from anti-terrorism funds because it was “easier to justify”.

For example, she said claiming that money to help Muslim women learn English to prevent terrorism was wrong because speaking the language “has nothing to do with terrorism”.

“My Mum’s English wasn’t great but she didn’t produce any terrorists,” she said.

‘Get to know our communities’

Warsi urged everyone to “get to know our local community better” and said charities had a key role to play in providing space and opportunity for this.

She gave National Citizen Service as an example of charities being able to bring different people together and said this is more important now as different “communities don’t necessarily live side by side” anymore.

Warsi urged “mainstream” charities to look at ways of “connecting with Muslim charities” in local areas to address issues, and said that Muslim charities were increasingly focused on UK issues, as well as international aid.

And she challenged the sector to “stand up and take a position” on issues and to “make the case for diversity and the case for tolerance”.

A spokesman for the regulator said: “The Commission refutes any allegation that it is biased against Muslim charities, or any other type of charity, and does not recognise many of the figures stated in yesterday’s lecture. We produce and publish, as part of our transparency data, a regular analysis of charities subject to a statutory inquiry, compliance or monitoring case. This information tells a different story of our casework and helps provide assurance that there do not appear to be any areas of significant over or under-representation in the charities into which inquiries or compliance cases are opened.

"We regulate independently and prioritise and carry out all of our casework according to a strict risk framework which is publically available on our website.

"Unfortunately we do come across instances of the abuse of charities for terrorism and extremism related purposes and when this does happen it can cause significant damage to the charity or charities in question, as well as to public trust and confidence in the charitable sector more widely. Where this occurs, we will of course get involved to ensure charity trustees are taking steps to protect their charity and beneficiaries from harm and ensure that charitable funds are not diverted from their intended destination.”

The latest transparency analysis of Commission inquiries shows that in 1 April 2016/31 March 2017 there were 286 statutory inquiries open, of which 14 were classified under religious activities. Of these just two were classified as Islamic charities.

‘Commission must be seen to be independent’

He said: “The views expressed by Baroness Warsi remind us of why it is important that the chair of the Charity Commission is seen to be clearly independent of the government of the day: so that the Commission can avoid the damaging accusation that it is being politicised and doing the government's bidding.

“We made a number of proposals to strengthen the Commission’s independence, including giving parliament greater power in the appointment of the chair. These were not taken forward by the minister at the time but they evidently remain relevant and we hope to see the government commit to demonstrating the importance of the Commission’s independence.” 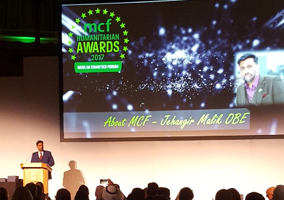 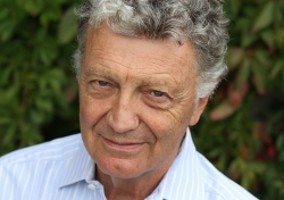 Shawcross: The Charity Commission is not ‘targeting’ Muslim charities