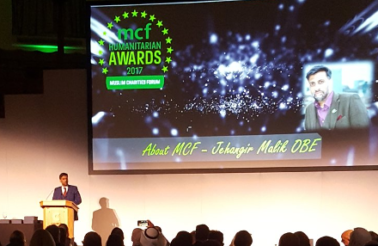 Muslim charity leaders spoke out about the problems they have engaging with the government, media and regulator at last night’s Muslim Charity Awards.

At the awards, organised by the Muslim Charities Forum, a number of leaders said that they felt it was getting harder for Muslim charities to engage in public life, with the finger pointed at the right-wing press for publishing ‘fake news’, politicians for believing it and the chair of the Charity Commission for not being more supportive of the sector – and likened him to Jungle Book villain Shere Khan.

Giving the keynote address, Conservative peer Baroness Warsi who is chair of her own foundation and also a trustee of Savayra Foundation, said Muslim charities play an important role but there are “consequences as a result of that”.

“Over the last decade it has been brutal being a Muslim in public life,” she said.

She criticised media for reporting “false accusations” and “chipping away” of individuals and organistions credibility.

She highlighted the Department for Communities and Local Government for stopping its funding to the Muslim Charities Forum as a result of “accusations which have never been proven”.

Warsi said the Muslim sector had been subjected to a “level of scrutiny” and “often daily vilification” which “makes me question how you keep going,” she said. “We would welcome the drive to higher scrutiny, transparency and accountability if that is was it was all about.”

She then compared the Charity Commission’s chair William Shawcross to the villain in Rudyard Kipling's Jungle Book and said: “While we admire the zeal and enthusiasm and fervour of the nice Mr Shawcross I would sleep a lot better if I could be sure he was a Baloo not a Shere Khan.”

‘Sector must raise its game’

Warsi also said it was up to the Muslim charity sector to “up our game”.

“One loose thread can unravel an organisation,” she said. “But we must strive for no loose threads.”

She said this meant there should be “no murky areas” and that the sector needs to be part of the local community to “support the needy at home as well as abroad.”

Jehangir Malik, chief executive of Muslim Aid, told guests that the sector needs to “stand up” and tackle the issue of fake news.

“Let all the reporters who propagate fake news about Muslim charities see what we do,” he said.

He said the sector should “be proud of our contribution”.

Presenting an award, Sir Stephen Bubb, who is a patron of MCF, said that Muslim charities were a key part of countering terrorism and extremism and “part of that is building community leadership”.

He added that is a “crying shame” that Muslim charities were not being listened to by government. And that the conbribution they make is "good for the country as a whole".

Also presenting an award, Sir Stuart Etherington, chief executive of NCVO, said: “Muslim charities play an important role, not only representing the Muslim community at its best but also as part of the wider voluntary sector.”

Othman Moqbel, chief executive of Human Appeal and trustee of MCF, criticised the government for declining invitations to the event.

“We have heard tonight about the successes and acheivements of Muslim charities in the UK doing a great job and would have thought that a minister, even a junior minister would be here tonght,” he said.

“It is unfortunate this didn’t happen,” he added.

He said his only explanation for this is that the government, and even some Muslim charities, had “listened to fake news from right wing journalists and politicians.

Kirsty Weakley: Hostility to Muslim charities is getting worse 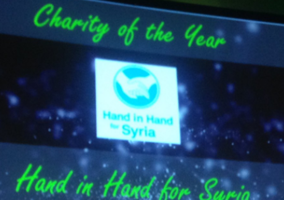