The charity sector must change how it fundraises or risk being made "obsolete" by regulation, legislation and costs, the RNLI's top fundraiser said yesterday. 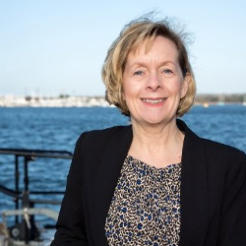 The charity sector must change how it fundraises or risk being made "obsolete" by regulation, legislation and costs, the RNLI's top fundraiser said yesterday.

Leesa Harwood, director of community lifesaving and fundraising at the RNLI (picture), was speaking in London yesterday.

“In ten years’ time things must look different, things must change," she said. "If we are still working in the same way, using the same techniques and models that have worked for the last ten or twenty years in the future, then we will become obsolete.

“If it’s not regulation and legislation that gets us - and that may very well happen - then it will be the costs.”

Harwood said that if postal rates continue to rise over the next decade at the same speed with which they have been in the last few years, then direct marketing “will no longer be viable” for charities.

Harwood also decried the fact that big charities have too many silos between different areas of the organisation and said that there is a “disconnect between the areas spending the money and the divisions that are raising it”.

She also said that charities need to stop looking at fundraising as a “numbers game” and said that the RNLI will never use a “pile 'em high and sell 'em cheap” mentality towards its supporters.

She also confirmed that the changes made by the RNLI – particularly in integrating its fundraising department throughout the charity and its changing to an opt-in system by 1 January 2017 – was set to leave a £35.6m deficit in its income over the next five years.

“I’m under no illusions that this strategy could seriously crash and burn, but we think it’s worth the risk," she said. "We need to collectively dispel the myth that fundraising is purely a numbers game.

She said that a letter apologising for charities' behaviour, sent out by the leaders of the largest fundraising organisations, marked a low point for the sector.

“That letter by charity chief executives that went out in the summer cannot happen again," she said. "We cannot allow that letter and the events of the summer to become the sector’s collective legacy.”