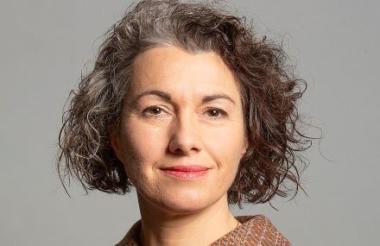 Sexual exploitation and abuse are still “rife” in global development work, according to an influential committee of MPs.

A report by the International Development Committee, published today, said that some aid organisations “will require root and branch transformation” to address exploitation.

The MPs made a series of recommendations for reform, including enhanced background checks for all aid workers and greater protection for staff who raise official concerns about abuse.

A ‘scourge on the sector’

Abuse by aid charities came under scrutiny when it emerged that Oxfam staff responding to the 2011 Haiti earthquake had hired local women for sex. The Charity Commission subsequently found Oxfam had “a culture of poor behaviour”.

Numbers later released by the government showed that almost a hundred aid workers were sacked over sexual exploitation in 2019.

The inquiry, which looked at the treatment of aid beneficiaries by aid workers, said: “We acknowledge that the overwhelming majority of aid workers undertake remarkable work in challenging circumstances.

“Most individuals enter the sector due to a desire to help others and we are very proud of the legacy of what UK aid has achieved.

“However, sexual exploitation and abuse continues to be a scourge on the sector.”

One recommendation from MPs is to carry out enhanced disclosure and barring service (DBS) checks on all aid workers.

Enhanced DBS checks are currently mandatory in other jobs working with children and vulnerable adults.

The report said: “Using existing resources and mechanisms to undertake enhanced DBS checks on aid workers who are UK nationals appears to be a sensible first step to preventing known perpetrators from being employed to these roles.”

The report also recommended that charities should be more transparent with government about the use of controversial settlements with departing staff, over fears that aid organisations sometimes try and block individuals from raising concerns about abuse.

The MPs noted that non-disclosure agreements, which prevent former employees from discussing their work after they have left an organisation, “are sometimes used in termination settlements, but it is difficult to assess how common they are”.

Government funding for aid charities is now the responsibility of the Foreign, Commonwealth and Development Office (FCDO), after the abolition of the Department for International Development in June last year.

The committee’s report said: “We are concerned that the use of non-disclosure agreements in the aid sector could be used to cover-up misconduct and will exacerbate power imbalances.

“As part of its due diligence processes the FCDO should require organisations it funds to report to it the number of non-disclosure agreements they have signed, to help the FCDO to ensure that its partners are not misusing NDAs to silence individuals who raise legitimate concerns."

'We have heard repeatedly of abusers acting with impunity'

Sarah Champion, Labour MP and chair of the International Development Committee, said: “Aid beneficiaries, by their very nature, are the most vulnerable people on the planet.

"I have huge admiration for the aid sector, but it needs to wake up to what is going on and embed safeguarding within all of its programmes.

"Our inquiry has found that abuse of beneficiaries is rife, and that the sector has effectively become the last safe haven for perpetrators.

“Throughout the inquiry we heard repeatedly of abusers acting with impunity, whistle-blowers being hounded out of their jobs and victims finding it impossible to secure justice.

“I know that the vast majority of aid workers are dedicated people proud to serve beneficiaries, but until the perpetrators of exploitation and abuse are driven out of the sector, there remains a dark shadow across their good work."

Stephanie Draper, the chief executive of Bond, the umbrella body for aid organisations, who gave evidence to Parliament, said: “We both welcome and support the committee’s findings.

“Enhanced DBS checks for frontline aid workers is an obvious change that is needed to keep people safe and is something that the government can implement right away.

“The FCDO must also adopt the highest safeguarding standards within its code of conduct and apply this consistently across all delivery partners.

“Leaders across the sector should understand and step into the pivotal role they play in creating and maintaining a safe culture that prevents sexual exploitation and abuse within organisations and programmes.

“Alongside better gender and ethnic diversity representation in leadership, this will help make good safeguarding standards a behaviour rather than just another set of policies.” 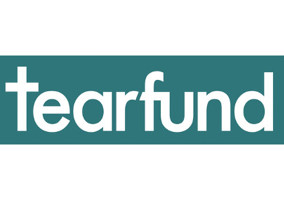