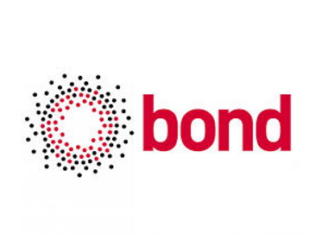 Charities have been frozen out of decisions about government aid spending, according to a group of development agencies.

Bond, an aid sector representative body, along with transparency campaign group Publish What You Fund and data organisation Development Initiatives, accused the government of avoiding even a “minimum level” of scrutiny as it plans billions in cuts to overseas spending.

The group said in a statement that crucial decisions on international development were being made “behind closed doors”.

The government announced plans last year to cut aid spending from 0.7% of gross national income to 0.5%, and also abolished the Department for International Development, moving aid policy and spending decisions to an expanded Foreign and Commonwealth Office (FCO).

Campaigners point out that the FCO is consistently seen as less transparent that DFID in the Aid Transparency Index.

The prime minister claimed at the time that the government had consulted “widely” on these decisions, but Bond and other aid charities refuted that account.

Gary Forster, the chief executive of Publish What You Fund, said: “With the potential cut in UK aid from 0.7% to 0.5% of gross national income on the horizon, and given that the UK has consistently been such a global leader in aid transparency, it’s truly shocking how the cuts last year unfolded and how little we know about what’s happening this year.

“Our approach to measuring and monitoring transparency assumes some minimum level of government engagement with their stakeholders on major policy and operational changes – this time around we’re not seeing that happen.”

The warning was issued ahead of the Foreign Secretary appearance before Parliament’s International Development Committee this afternoon, his first evidence since DFID was abolished.

Abigael Baldoumas, policy and advocacy manager at Bond, said: “Decisions have been and are being made without proper scrutiny, transparency or consultation with NGOs.

“With the government intending to cut the aid budget from 0.7% to 0.5% of gross national income, despite Covid-19 continuing to push millions of people back into poverty, it is shocking both how little information is available about where these cuts will land and how much NGOs on the frontline have been excluded from decision making.

“The government needs to be transparent about how cuts will affect programmes such as girls' education, strengthening health systems to deal with future pandemics, peacebuilding and humanitarian work.

“Transparency is a precursor to making aid effective, as well as being accountable to the British taxpayer, and to ensure not a penny of public money goes to anything other than helping those who most need it.”