ActionAid UK adopted feminist principles as part of a drive to “take into account a discussion on power and structures”, its chief executive said yesterday.

Girish Menon, chief executive at ActionAid UK, was speaking at Civil Society Media’s NGO Insight conference yesterday. He explained how the charity has adopted feminist principles in its leadership, including the process of how the charity has “evolved” this thinking.

He said the board had wanted organisational culture to be a key pillar in its strategy, which was one of the factors in ActionAid’s decision to implement feminist leadership principles across the organisation.

He added that institutions and structures have historically held “a very toxic mix of the interplay between power, privilege and patriarchal systems”, and therefore “the politics that we see all across the world”.

“You cannot delete one from the other, they are all intertwined,” he said. “It was that discussion on power that forced us and challenged us to explore what that meant in the context in which we are working.”

He explained that a lot of women’s rights movements and organisations had done “a huge amount of work on power analysis”, explaining: “We felt we were missing a trick by not actually acknowledging that and trying to bring that energy and knowledge back into the organisation”.

What this means in practice: ‘Bring it to the level of behaviours’

ActionAid works in 45 countries and has been implementing transformative feminist leadership globally.

Menon said the charity “unapologetically” talks about feminist principles and how they are instilled in “our culture and our behaviours”. This means some people must give up power and privilege, he said.

The charity held a global consultation on what the intersectional feminist principles should be. The results are “not a rulebook”, he said, but start from self-awareness and tackling bias.

He spoke about the importance of beginning to “make small shifts” and “acknowledging that there is a problem and that we are trying to do something to resolve that problem.”

But he stressed that organisations must “keep the momentum”. ActionAid’s people and culture team came up with a strategy about “how not to keep these principles in the stratosphere”, and instead “bring it to the level of behaviours” and to an individual level.

He said ActionAid started a “culture conversation” so it knows what to aspire to. This helped the charity to “start the discussion” and implement the strategy.

“Ask the question ‘what behaviours did you find really difficult to demonstrate’, and be honest about it,” he said. Without this, “it will be very difficult to make those changes, because change is always hard.”

Menon said “board engagement was very important”. One of the mistakes he initially made was keeping the discussion at the level of the staff team, as he thought it may be difficult to discuss the principles on the governance side.

But he then had “a lightbulb moment” and the board “engaged in a culture conversation” where it discussed how it must tackle its own power dynamics. Menon said the ActionAid board “took it on” and spoke about how it can practise feminist behaviours too.

The second step ActionAid UK continues to take involves running a confidential survey with all the other members of the ActionAid federation. Menon said this helps to find out the “reality” of how the strategy is working across different places.

“This is part of our accountability”, explained Menon, as the findings will then be presented to the board.

Menon added that there are also staff-formed groups for “people to create safe spaces”. He said that “if we want that culture within an organisation that we aspire for, we also need to take responsibility for creating that culture, so let's create those safe spaces, lets engender those conversations”.

“The more we talk about it, the more we feel we are in the position to hold ourselves accountable,” he said. This must be done “in a deliberate systematic manner”.

Menon said ActionAid has not got everything right, but the organisation is trying to “give permission to ask those questions.” 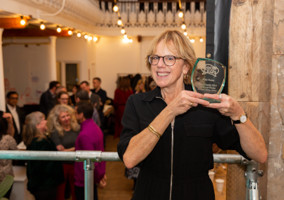 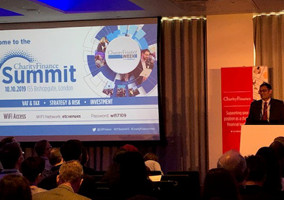 ActionAid aims to reduce its cost base by £4m 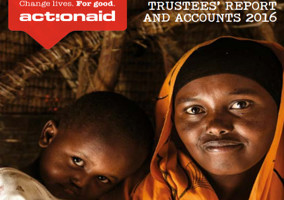