The chief executive of the world’s biggest advertising company WPP, has donated £21m worth of shares to his own charity, the JMCMRJ Sorrell Foundation. 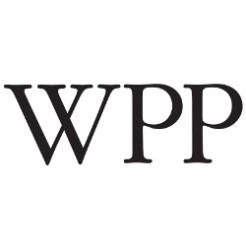 The chief executive of the world’s biggest advertising company WPP, has donated £21m worth of shares to his own charity, the JMCMRJ Sorrell Foundation.

Last week the company announced that Sir Martin Sorrell gifted 1.4 million of WPP shares to his own charity set up to provide benefits for educational institutions, cancer research and “general charitable purposes”.

Sorrell is currently the best paid chief executive in the FTSE 100. His donation follows controversy over a long-term incentive scheme at the company, which resulted in him being paid £36m last year.

A spokesman for the charity was reported by the Guardian newspaper as saying that Sorrell was a regular donor to the charity and his donation “had nothing to do with the end of the tax year or the controversy over his pay”.

In 2014, the charity’s income stood at just under £13,700,000. It provided £237,000 worth of grants to Knightsbridge School, the Jewish Museum, Demelza Hospice Care for Children and the Global Fund for Children.

According to the Charity Commission, the Foundation specialises in "providing grants for the provision of education and welfare to vulnerable members of the Jewish community" as well as "assisting economic development in the world’s poorest communities".

A statement from WPP said the donation means that the JMCMRJ Sorrell Charitable Foundation now “represents 0.2689 per cent of the issued share capital of WPP”.

The Foundation was approached by Civil Society News for comment but had not responded at the time of going to press.