Fundraising leaders need to wake up to the fact that zero-tolerance of sexual harassment is not the reality, says Ruby Bayley-Pratt.

Like many of my colleagues, I was distressed when the stories of sexual exploitation and harassment in the charity sector surfaced last year. One of the things I kept hearing in the aftermath was how many of us were shocked by the revelations and felt tainted by the behaviour of a small minority of people in the sector in which we take so much pride.

As each news story broke over the last year, another opinion piece or tweet was published attempting to reassure us that we really are the good guys and it is only a few “rotten apples” that are ruining our reputation.

As a young, female fundraiser and a survivor of sexual assault, I don’t feel like I can stay silent any longer. We mustn’t allow our obsession with being the heroes to society’s villains from brainwashing us into believing that we ourselves don’t play a role in perpetuating systemic inequality, harassment and exploitation.

Many of the responses to the revelations have, quite rightly, focused on the victims of predatory and abusive behaviour on the part of charity workers. But I think it is time we start asking about what is happening to charity workers themselves and in particular to fundraisers, whose profession is disproportionately female and in no small part centred around building close relationships with powerful people (often men).

If #MeToo taught us anything, it is how universal women’s experiences of sexual harassment and assault really are. We have all been there; many of us whilst at work. The more conversations I have with my fellow fundraisers, the more accounts of sexualised, inappropriate behaviour from donors I collect – from the supposedly innocuous compliments and terms of endearment, a hand placed a little low on the back or on the knee, to explicit objectification, groping and propositioning for sex.

How many of us have been told to do a little “harmless flirting” to secure that £10,000? Or to wear something a little sexier for that donor meeting? Or had a donor attempt to stick their tongue down our throats after an event? I certainly have and I’d go as far as to say that – whilst we may be moving away from this – using young, attractive women to bait older, wealthy men (often in booze-fuelled environments) is the foundation of relationship fundraising.

Women already face an overwhelming number of barriers when it comes to handling and reporting this kind of behaviour; from the risk to their physical safety to the likelihood they will be disbelieved and subsequently vilified. BAME, disabled, and LGBT+ women have it even harder.

What nobody in the charity sector seems to be talking about is how these barriers play out when you are a fundraiser. Standing up for yourself can compromise a relationship or partnership and thus donations. It has the potential to mean we don’t reach our targets, bringing repercussions for our careers and the charity we care so much about.

Moreover, it is common knowledge that several of the “forefathers of fundraising” – men to whom we give guru status – can get “a little bit handsy”. And yes, we warn each other about you.

I acknowledge that sexual harassment in any professional setting can present this kind of dilemma, but I believe we have a responsibility to eradicate this behaviour in our spheres of influence. And I’m growing tired of putting myself out there and trying to do it. Yes, I’m sure most charities have policies and procedures in place. Yes, I’m sure that if you asked any fundraising director about their position on this kind of behaviour they would condemn it. But what happens when the pressure from above to plug the budget gap kicks in? Our leaders need to wake up to the fact that zero-tolerance is not our reality and do more. 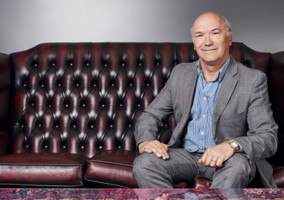 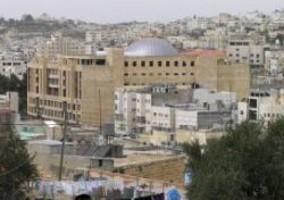