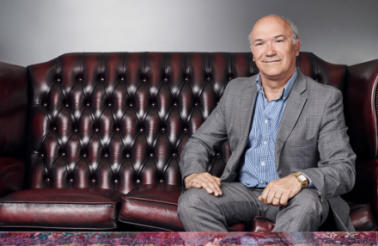 Mark Goldring, chief executive of Oxfam GB, has said that his charity has received 26 new reports of sexual assault and harassment in the last ten days

He repeatedly apologised for his charities failing, and has set out his plans to "root out" people who exploited their positions in charities to take advantage of vulnerable people.

He revealed that 7,000 individuals had cancelled direct debits to the charity in the last 10 days, and said that of the 26 cases reported, 16 had taken place in Oxfam’s international programmes.

Stephen Twigg, chair of the select committee, started the proceedings by announcing that the committee would conduct a full inquiry into safeguarding in aid, not just focusing on Oxfam, with full terms of reference announced soon.

“The committee has met in private and we have decided that after today’s evidence we will be conducting a full inquiry as the International Development Committee into the issues that have arisen regarding sexual exploitation in the aid sector," he said.

He asked Goldring to apologise for comments he made during a Guardian interview over the weekend where he paralleled Oxfam’s actions with “murdering babies in their cots,” which he said “many people felt was grossly inappropriate.”

He said: “Certainly chairman, I do apologise. I was thinking under stress, I had given many interviews, I had made many decisions in response to this. I was thinking about the amazing work I have seen Oxfam do across the world.

“I should not have said those things. It is not for Oxfam to judge issues of proportionality or motivation. I repeat Oxfam’s broader apology and my personal apology. I am sorry, we are sorry, for the damage that Oxfam has done, both to the people of Haiti but also to wider efforts for aid and development by possibly undermining public support.”

Goldring also apologised over Oxfam’s initial communication with the Charity Commission, which has been accused by the regulator of not explaining in full the seriousness of the situation in Haiti when Oxfam employees were reported to have been paying for prostitutes.

He told the panel that the charity had at the time did not describe what had happened in explicit terms, saying: “They didn’t describe the sexual misconduct and didn’t describe the use of prostitutes. They did talk about bullying and intimidation, and serious breaches of Oxfam’s code of conduct.

“At the time people thought that was being transparent. We now know that was not enough. And under Caroline’s leadership she has now explained how we will handle things in the future.”

Golding acknowledged that the charity would have to work hard to earn back trust. "Telling half a story is not enough," he said. "We have to go further."

Treating women and girls 'as trinkets'

Pauline Latham, a member of the panel and Conservative MP for Mid Derbyshire, accused Oxfam of “dealing with women and girls as though they are trinkets”.

She said: “You are all supposed to be good people, but it would appear you are not as good as you should be.”

Thompson told the committee that Oxfam is “ashamed of what happened in Haiti”, and said that they “don’t think it was well handled”.

Goldring said the allegations would spur Oxfam to do better in the future.

“If any good can come out of horror of both Haiti and the last couple of weeks it is a more intensive commitment across the whole sector that we root this out, both in the practical way be encouraging reporting – which Oxfam has tried to do – but also in the way that Winnie was describing, which is to get to grips with culture and power relations, responsibility and values.”