Christian Aid has been forced to apologise after it falsely claimed that Israeli settlers in the West Bank city of Hebron had sexually abused Palestinian children. 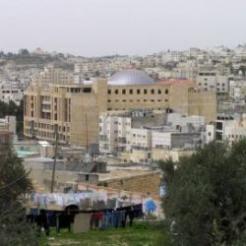 Christian Aid has been forced to apologise after it falsely claimed that Israeli settlers in the West Bank city of Hebron (pictured) had sexually abused Palestinian children.

The error occurred in a press briefing document on the Ecumenical Accompaniment Programme, which sends volunteers to the West Bank and Israel to offer non-violent protection to Palestinians and Israeli activists.

The document misreported an interview with one of the participants, English social worker Miranda Pinch, claiming that she had been told by the head teacher of a school in Hebron that some children had been sexually abused.

In a statement which apologises “unreservedly” for the mistake, the charity said:

“The children had in fact been subjected to verbal sexual harassment, which is clearly different, from both settlers and Israeli soldiers.

“This was an unwitting mistake on Christian Aid’s part and we apologise for the misrepresentation of what had taken place.

“Christian Aid has interviewed the head teacher, who has confirmed that teenage girls had suffered verbal sexual harassment while passing through a nearby army checkpoint.”

The Charity Commission said concerns have been raised with it about the mistake and that it was “currently assessing what regulatory concern there may be for the Commission”.