Under pressure: latest PFRA figures further proof of the damage done by the events of the summer 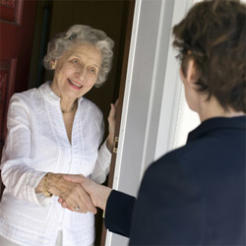 The number of donors recruited by both street and door-to-door fundraisers has fallen by around 16 per cent compared to this time last year, according to new figures released by the Public Fundraising Association, the regulatory body for face-to-face fundraising.

The top-line figures make for pretty grim reading for face-to-face fundraisers and organisations alike, particularly when juxtaposed against the incredibly large numbers of the previous year 2014/15. Donors recruited by door-to-door fundraising fell by over 15 per cent to 583,330, while donors recruited on the street fell to 128,099, a decrease of some 15.9 per cent. Overall, a total of just 711,429 donors were recruited through face-to-face means in 2015/16; the lowest levels seen since 2009/10.

For its part the PFRA is remaining stoic in the face of all the doom and gloom. This is, says Peter Hills-Jones, a sign of “the ongoing maturity of both street and door-to-door markets” and a return to recruitment levels that “are now more stable and sustainable”.

A slightly more cynical person could say that, following a few years of veritable boom – and, by extension, a saturation of the market - face-to-face donor recruitment numbers are returning to normal. As with every other major fundraising channel, when times were good, the sector flooded the market: be that through direct marketing, telephone or, as the case may be here, fundraisers on the street. It would seem that the public has had enough and is making its feelings plain.

Media scrutiny has also played a part in savaging the face-to-face fundraising market. GoGen, a former PFRA member organisation, went into administration days after being featured in an article by the Daily Mail.

The constant media scrutiny also saw the majority of the UK’s largest fundraising organisation’s pull back from agencies. When the work dried up, a number of agencies withered: the collapse of a number of the Fundraising Initiatives Group – most notably its flagship face-to-face agency FIL – has taken a heavy toll on this area of the sector, particular in terms of its capacity.

Alongside the effect the media scrutiny had on agencies themselves, those fundraisers who did make it out onto the streets invariably faced a growing level of hostility from members of the public who take what they read in the tabloids as gospel.

These figures are yet further proof, if any more was needed, of the ongoing effect that the events of last summer have had on the fundraising sector as a whole. While no one fundraising channel or charity was individually to blame, the whole sector faces a long, hard road back to the position it once enjoyed.