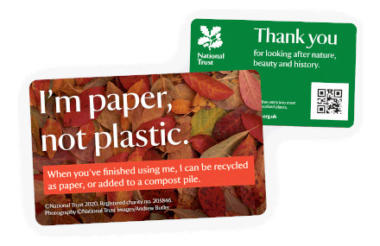 The National Trust is so frequently criticised about its activity, usually by people with a tenuous grasp of what its role is. In my time covering the sector, the Trust has been embroiled in arguments about LGBTQ badges for volunteers, an exhibit about feminism and Easter Eggs.

This is partly because the charity is huge in any way you could measure. This means a lot of people have opinions about what it should or should not be doing that they tend to share on social media or with journalists. When they’re really angry they threaten to cancel their memberships. It happens so often that it is barely news to me.

However, this weekend there was a new, and deeply frustrating, low. The front page of Saturday’s Telegraph carried the headline: The National Trust could face an inquiry into its ‘purpose’.

Its headline is a bit of a stretch, and the word “could” is doing a lot of the work there, but it is rooted in quotes from the chair of the Charity Commission in an exclusive interview with its political podcast.

Let’s be clear: the National Trust is not facing a statutory inquiry. The Commission has written a letter to trustees, about about the charity's decision-making process when it published a report about links to slavery and colonialism at its properties.

What is the criticism this time?

Firstly, it is helpful to understand the scale and level of criticism the Trust was facing.

Last month, after the National Trust published a long, serious audit about its links colonialism and slavery, some accused the Trust of pandering to the Black Lives Matter movement and becoming political.

Former Conservative MP Anne Widdecombe even threatened to tear up her membership card on TalkRadio.

Now, there isn’t time to go into the problems with the bizarre veneration of a political leader who was deeply flawed in many ways, even if he did make some good speeches.

What matters here is that Jacob Rees-Mogg, who is still Leader of the House of Commons, went as far as to bring the issue up in actual Parliament, saying that the Trust should be “honoured” to have Chartwell on its books.

“It should remember that its properties were given to it by people who expected them to be custodians of our history, to be proud of our history and to think well of our great nation,” he added.

"They should not be shame-facedly, quietly hiding away pretending they are abashed about the greatness that this country has enjoyed over so many centuries."

Obviously, a charity being subject to this level of criticism is going to catch the eye of the regulator, and it is understandable that the regulator would want to make it clear that it had looked at the issue.

Indeed, the Commission has been heavily criticised in the past by MPs for appearing to ignore concerns about how charities are being run. But the quotes given to the Telegraph allowed the impression that the Trust is in more trouble than it really is, and crucially did not acknowledge that some members support its recent work.

Stowell told the Telegraph: “The National Trust has a very sort of clear, simple purpose, which is about preserving some of our great historic places and places of great beauty and national treasure.

“What people expect of the National Trust is that they focus on that purpose, they don't lose sight of that. And when they do things which somehow seem to some of their supporters, some of the people that they're relying on... they shouldn't be surprised if that leads to questions and criticisms.”

When the Commission was later asked for clarification about what action had been taken, it said: “Everything a charity does must help it deliver on its charitable purposes, for the public benefit. We have written to the National Trust to understand how the trustees consider its report helps further the charity’s specific purpose to preserve places of beauty or historic interest. We await a detailed response from the charity, and in the meantime have drawn no regulatory conclusions.”

However the charity’s purpose, as set out in Acts of Parliament, actually says: “The National Trust shall be established for the purposes of promoting the permanent preservation for the benefit of the nation of lands and tenements (including buildings) of beauty or historic interest and as regards lands for the preservation (so far as practicable) of their natural aspect features and animal and plant life.”

This gives it slightly more scope for a wider educational and campaigning role, and emphasises that it is accountable to the whole country, not just its members.

Meanwhile Hilary McGrady, director general of the Trust, simply tweeted: “As @telegraph itself reports, we are not facing an inquiry. Our purpose remains as it always was – to care for nature beauty and history, for everyone forever. If researching the history of National Trust places is wrong, then we’ve been doing something wrong for 125 years.”

At this point it is worth highlighting that the Trust’s report has been praised by many others as an example of a charity facing up to the challenge of ensuring our history is properly understood and contextualised.

The Commission would do well to remember that condemnation of its action was by no means universal, and that if the Trust had done nothing then it may well have faced similarly passionate criticism from people concerned that the charity's properties are guilty of institutional racism.

Message to the sector

While the Commission is not responsible for the way the Telegraph used the quotes and presented its story, its leaders are not naïve enough to have been unaware of the Telegraph’s position on this issue.

What message does it send to others in the sector considering similar decolonisation work? Not only could your work attract criticism from powerful politicians, but you could be hit with a double whammy of the regulator aiding criticism and demanding detailed explanations from trustees.

The world is messy and uncomfortable. As a society there are difficult conversations about wealth, power, race and privilege that are long overdue. If the charity sector is too timid to play its part then that will be bad for charities and the sector as a whole, not to mention individuals who are themselves affected by racism.

While the regulator was grabbing the headlines by talking about the National Trust’s purpose, there were other big stories that deserve our attention.

There was not one, but two, significant pieces of research warning of the financial pressures faced by the charity sector over the coming months.

Meanwhile Marie Curie’s chief executive was in the Times highlighting the challenges faced by the hospice sector and food poverty charities were actively campaigning for better support for children.

There is no suggestion that this was a deliberate ploy from Baroness Stowell. But it is certainly not the first time that the culture war has distracted attention away from more serious matters like the government's handling of coronavirus.

The politicisation of the Charity Commission has been a longstanding concern among charity leaders, and this latest episode is not going to dampen those fears.

Regulators, especially those with limited budgets, can only regulate with the consent of those they oversee. It was clear from reactions across the sector that there was not much respect for the regulator’s behaviour, and that is a slippery slope to be on.

Stowell announced during the interview that she will not be staying on for a second term as chair of the regulator. It is paramount that she is replaced with someone who can regulate with the trust and respect of charities, as well as building trust with the public. 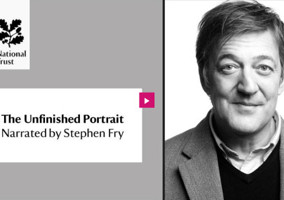 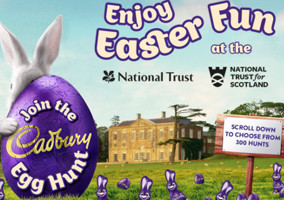