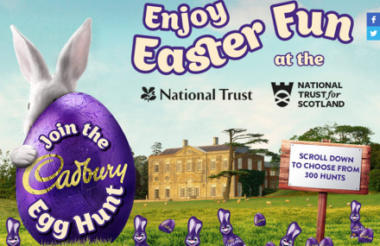 The National Trust and Cabury's have defended themselves following comments from the Prime Minister yesterday where she called the charity “absolutely ridiculous” for changing the branding of its Easter egg hunt.

Theresa May, who was speaking while on a visit to Saudi Arabia, was asked her view on a claim from the Telegraph that the National Trust was “whitewashing” Easter by changing the branding of its annual Easter egg hunt in partnership with Cadbury’s.

The event had previously been called an “Easter Egg Trail” but this year has been rebranded as the “Great British Egg Hunt”.

The National Trust called the criticism “nonsense”, saying “nothing could be further from the truth”. It pointed out that there are 13,000 references to Easter on its website.

Amongst the criticism, a relative of Cadbury’s founder John Cadbury pointed out that he would likely not be “spinning in his grave” as had been suggested by John Sentamu, Archbishop of York, as “being a Quaker, he didn’t celebrate Easter”.

Labour leader Jeremy Corbyn also criticising the change of branding, he said that the decision to include Cadbury rather than Easter in the logo’s title reflected “commercialisation gone a bit too far”.

“It upsets me because I don’t think Cadbury’s should take over the name of Easter”, he said.

However Tim Farron, leader of the Liberal Democrats, responded to the controversy with a slightly different tone.

He said: “Theresa May and Jeremy Corbyn have got egg on their faces today. They both scrambled out eggs-troadinary statements criticising Cadbury’s and the National Trust for something they haven’t actually done,

“This is a eggs-tremely big distraction. I think we all feel poached by this whole sorry saga, but none of us more than Cadbury’s and the National Trust, who have done nothing wrong and are right to feel egg-rieved by the criticism they have received.”

The National Trust has continued to respond to criticism on Twitter with the statement: “Despite the headlines, we’re in no way downplaying the significance of Easter. There are over 13,000 references to Easter on our website, and we run a programme of activities during this time”.

Buzzfeed News pointed out that the not-for-profit business was founded by David Marshall, who served for several years as the Church of England's director of communications for the diocese of Manchester. The company has been the source of several news stories about supermarkets' “apparent reluctance” to stock religious Easter eggs. 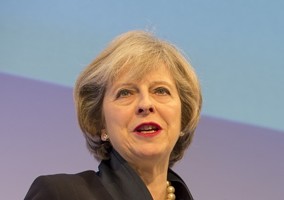 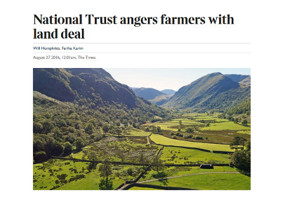 David Ainsworth: The Times seems to have a vendetta against the National Trust