In the three years that Baroness Stowell chaired the Charity Commission, a lot has changed – and not just because the final third of her tenure coincided with the biggest global health crisis in living memory.

This makes it all the more peculiar that her overall message to charities has stayed largely the same.

In 2018, she told MPs at her pre-appointment hearing that the sector had a problem with public trust and that she as an outsider was ideally placed to turn the ship around.

In her final outing in the role, which was at an online event hosted by the Social Market Foundation think tank, she continued to champion her outsider positions, as well as issuing similar warnings about public trust. Tellingly, she also said her only regret was not being more outspoken.

The response from the charity sector has been equally consistent. With the exception of NCVO, which indicated in 2018 that Stowell was ultimately a good appointment even if the process for appointing her was not, the main representative bodies voiced concerns about her experience of charities and questioned if she could be seen to be independent from politics, having held senior ministerial roles.

As Stowell’s tenure progressed, the sector continued to criticise her generalisations and tone of voice.

In February 2018, just as Stowell was being appointed to the role, Oxfam was the first large international development charity to become embroiled in a scandal, in this case regarding how it had handled allegations of sexual misconduct by staff in Haiti.

The Times newspaper had accused the charity of trying to cover up the scale of the problem and not putting in place sufficient safeguarding measures. For the Charity Commission, this required it to embark on one of its highest-profile pieces of regulatory activity.

It quickly emerged that Oxfam was not the only charity with safeguarding problems, and the government took a keen interest. Politicians were, understandably, keen that someone should do something to stop this, and the charity regulator was under pressure to demonstrate that it was dealing the problem.

Dan Corry, chief executive of NPC, says that the Oxfam scandal “may well have set the tone early on”.

When Stowell joined, the regulator was still suffering the effects of the cuts to its budget that were made during the austerity years.

Under her predecessor William Shawcross’ chairmanship, the regulator’s solution to its money worries was to try to find a way of charging charities. This unpopular suggestion has now virtually disappeared.

This is partly because the Commission did convince the Treasury to give it more funding. A lot of this additional funding has gone towards extra staff to help it get on top of its caseload and to provide more practical support through extended helpline hours.

Other key developments in the Stowell era have included the launch of a revamped register of charities and the setting of performance standards for the regulator.

However, for some, these achievements been overshadowed by the chair’s tone when she speaks about the sector.

Relationship between the regulator and regulated

Not many would argue that the regulator and regulated should have a cosy relationship.

But during Stowell’s tenure, the relationship has clearly deteriorated and is arguably at its lowest point for years.

Kristiana Wrixon, head of policy at charity leaders body ACEVO, says: “While we welcome and thank Baroness Stowell for meeting with ACEVO’s CEO and members over her time as chair, my perception is that those meetings were approached with a view to explaining an already entrenched position rather than with a view to understanding and learning the views of those the Commission regulates.”

Over the last few months, experts have been going out of their way to draw distinctions between the board and staff at the regulator, and Wrixon says: “The chair’s approach is in stark contrast with the approach we see from the Commission’s executive team, who are focused on achieving shared aims and who create an environment in which disagreements can be discussed respectfully and meaningfully.”

Corry says that some charities would like the Commission to be “a bit of a cheerleader for the sector”, and that they certainly haven't got that in recent times. However, he acknowledges that the root of this frustration is the perception that Stowell and Shawcross “didn't really understand the sector which they're regulating”.

He points out that the majority of charities have very limited engagement with the regulator, and that the relationship with the Commission is “not the biggest issue in their lives”. But he says: “For certain segments of the charity sector, it has got quite heated.”

“We’ve seen a continuation of a more active regulator with more powers and more willingness to investigate and use them. This has been evident when using new powers such as official warnings.

“Overall, we’ve seen a shift towards regulation and away from technical advice and guidance to promote the effectiveness of the sector,” she explains.

Was a difficult relationship inevitable?

Stowell’s tenure had a bumpy start. The charity sector was hostile to her appointment, while the Digital, Culture, Media and Sport Committee took the unusual step of refusing to endorse the appointment. So it’s understandable that she may not have felt particularly welcome.

Throughout 2018, she maintained in public that she wanted to learn from charities and work collaboratively with them. Yet over the three years, her position hardened instead of softened.

Vibert says: “Good regulation doesn’t need to be antagonistic. In fact it can work better with that mutual respect.”

She adds that while highlighting failures is an important part of the Commission's role, Stowell has not done enough to explain that these failures do not reflect on all charities.

“This isn’t about championing charities, but putting things into the broader context and in perspective,” she says.

Wrixon feels that Stowell could have done more to mitigate concerns about a lack of political neutrality. She highlights Stowell’s recent remarks about the National Trust, which echoed those of the Common Sense group of Conservative MPs, as an example.

“As someone occupying a politically neutral role, she should have been aware how those interventions, and crucially her views on how the Charity Commission should investigate or respond to these things, would fuel concern about her making decisions at the Commission that were informed by party politics,” she says.

Ultimately, Corry suggests, she “could have been a little bit less tone deaf to the sector”.

At the end of last week, the Department for Digital, Culture, Media and Sport appointed an existing board member, Ian Karet, as interim chair. The recruitment process for a permanent replacement is expected to begin soon.

Stowell and her predecessors Shawcross and Dame Suzi Leather all faced criticism that they were too close to the political party in power. So it would be a refreshing change if Oliver Dowden, the culture secretary, steers a truly different course.

Wrixon says: “The Commission chair is an important role and it will strengthen the sector if it is given to someone who is politically independent and has both regulatory and sector expertise. This is an opportunity to reset the relationship between the Commission and the charity sector, and I hope it is an opportunity that the secretary of state takes.”

This was echoed by Stephanie Draper, chief executive at Bond: “We encourage DCMS to highlight both a strong understanding of the broad charity sector and of regulation in the person specification. We hope that the new chair will reset the relationship between the sector and the Charity Commission, support the Charity Commission to be a strong and supportive regulator, and work hard to guarantee its independence.”

NCVO has long argued for reform to the Commission’s own governance, and for Vibert the recruitment of a new chair is “an opportunity to reclarify the role of the Charity Commission – to defend the public’s interest in charities”.

She adds: “It’s crucial that the next chair of the Charity Commission is strategic, understands the role of a regulator and is able to work effectively with charities. We hope the government will put in place a robust and transparent process to appoint a chair with the knowledge and skills required, including an understanding of the role charities play in both campaigning and service delivery.”

For NPC, political neutrality is less of a priority than experience of regulation.

He also suggests that the next chair might consider taking a step back from the day-to-day running of the regulator.

“The chair has a lot more power than in most regulators, and that can diminish the role of the staff and the chief executive,” he says. “They’ve got good staff, and to some extent it would be nice if the next chair didn't feel that they are the one that had to give all the speeches and played the role a bit more as a chair, rather than as the dominant person.”

Undoubtedly, the next chair of the Commission will have a tough job. The sector is likely to be feeling the impact of the pandemic for years to come and is crying out for some empathy from a chair who comprehends their problems.

But there will be more charity scandals. I suspect we have just scratched the surface when it comes to bullying and discrimination in the sector; an issue that the Commission has thus far not been very vocal about.

While there limits on how far it can, as a regulator, intervene in individual charity cases, there is clearly a wider reputational context for the sector at large, which has been brought to the fore by the #NotJustNCVO movement.

Overall, as Corry says, the chair needs to be capable of being a “a tough regulator” and deal with wrongdoing when it happens, “but that doesn't mean you spent your life thinking ‘how can I pick a fight?’” 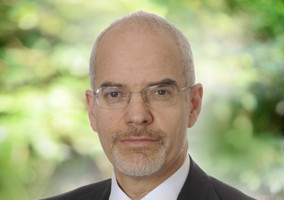