As the sector dedicated to social justice, why are charities not making better progress at smashing the glass ceiling? Rowena Lewis says leadership is needed. 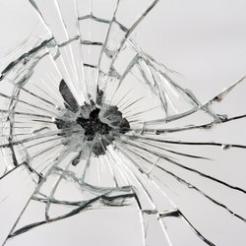 As the sector dedicated to social justice, why are charities not making better progress at smashing the glass ceiling? Rowena Lewis says leadership is needed.

Only recently, national media reported an unprecedented growth in women’s representation as directors of FTSE 100 companies (7 per cent in just four months) and credited the Lord Davies review Women on Boards with prompting a tide change for equality in business. Last November, the Acevo Pay Survey reported on our own sector. Alarmingly, we learnt that women’s representation as chief executives of voluntary sector organisations is on the decline – down two percentage points in the last year to 46 per cent - and that while overall chief executive pay increased by 3.5 per cent, women chief executives experienced on average a salary cut.

Can we afford to tolerate a backwards trend in women’s equality or do we, and the bodies who represent our sector, care enough to take a stand against entrenched inequalities within in our ranks? As part of the Clore Social Leadership Programme I was privileged to interview 22 women leading our sector. I was keen to explore women’s experiences of leadership because it bothered me that despite being the sector committed to social justice we seemed to fail to take an interest in our own people. I thought that we were doing ok. Streets ahead of the private and public sector. But I was surprised at what I learnt…

Firstly, the voluntary sector is the women’s sector. More than two-thirds of our workforce is female and women make up the majority of those giving time and money to charity. Yet, women face a ‘reinforced’ glass ceiling. In a sector where women make up nearly seven in every ten employees just 43 per cent of our leaders, chief executives and chairs, are female.

The uncomfortable truths don’t stop at representation and pay inequality. If you speak to women, including thosewho have achieved leadership positions, you will hear stories of discrimination. These aren’t one-off experiences. Many of us can relate to being treated like the person who’s there to take notes or make the tea, being told that we lack ‘gravitas’, that we should reconsider the way we dress if we are to progress our careers. Several of us will relate to more disturbing experiences of sexual harassment and we will recognise the taboos around voicing these experiences.

So a picture emerged of a voluntary sector where women can expect to be under-represented as leaders, underpaid, discriminated against and harassed. So what makes us different from the private and public sectors then? The only real difference is that our sector has its head in the sand. We’re doing little to nothing to tackle deeply entrenched inequalities among our own people.

While we rest on our laurels, the public sector has introduced the Equality Duty whereby employers must not only prevent discrimination but must also take steps to redress historic imbalances at work. Commercial boardroom doors opened a little wider for women in the private sector thanks to Lord Davies among others. But who will champion gender equality in our own sector?

Now that women are making strides in the private and public sectors, isn’t it time the voluntary sector woke up to the reality of inequalities amongst its own people? With a concerted effort we might even stand a chance of being the first to smash the glass ceiling once and for all.